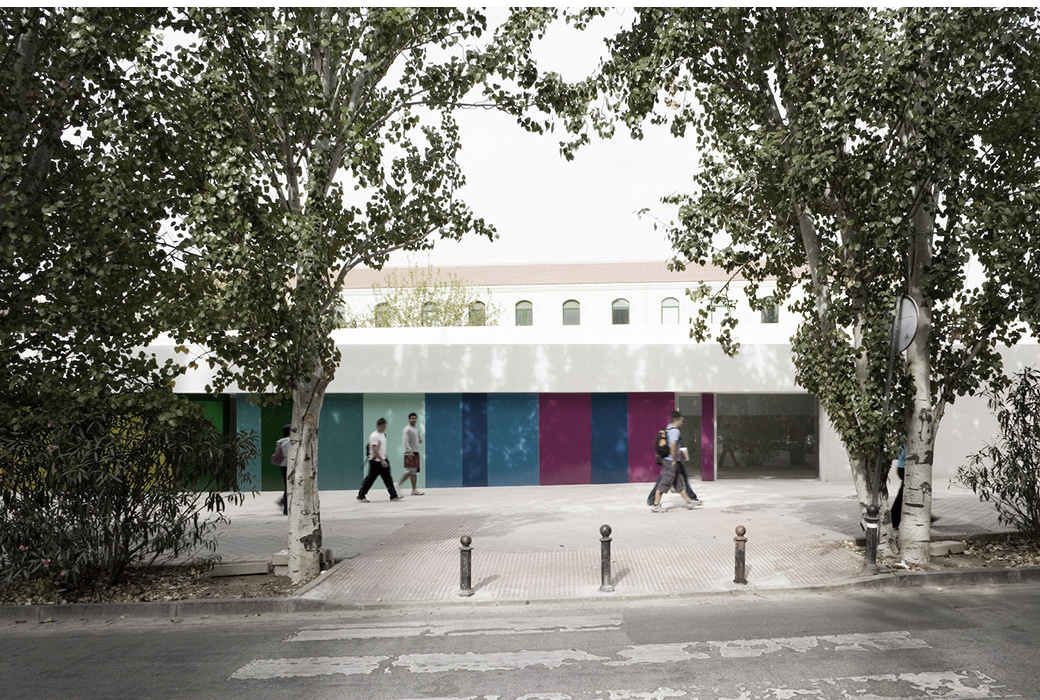 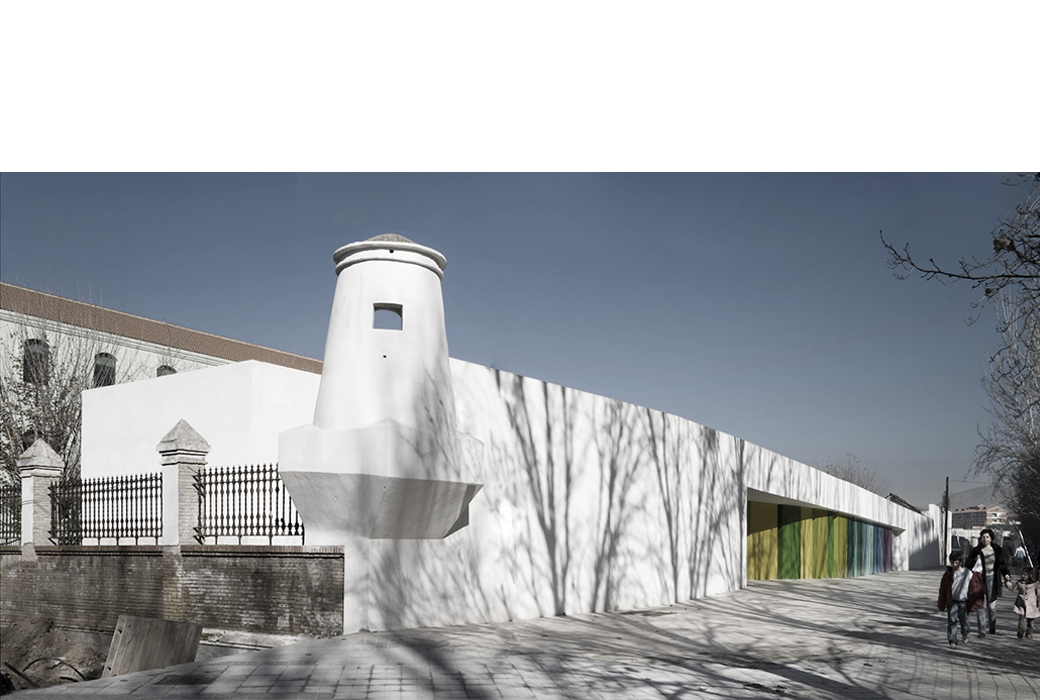 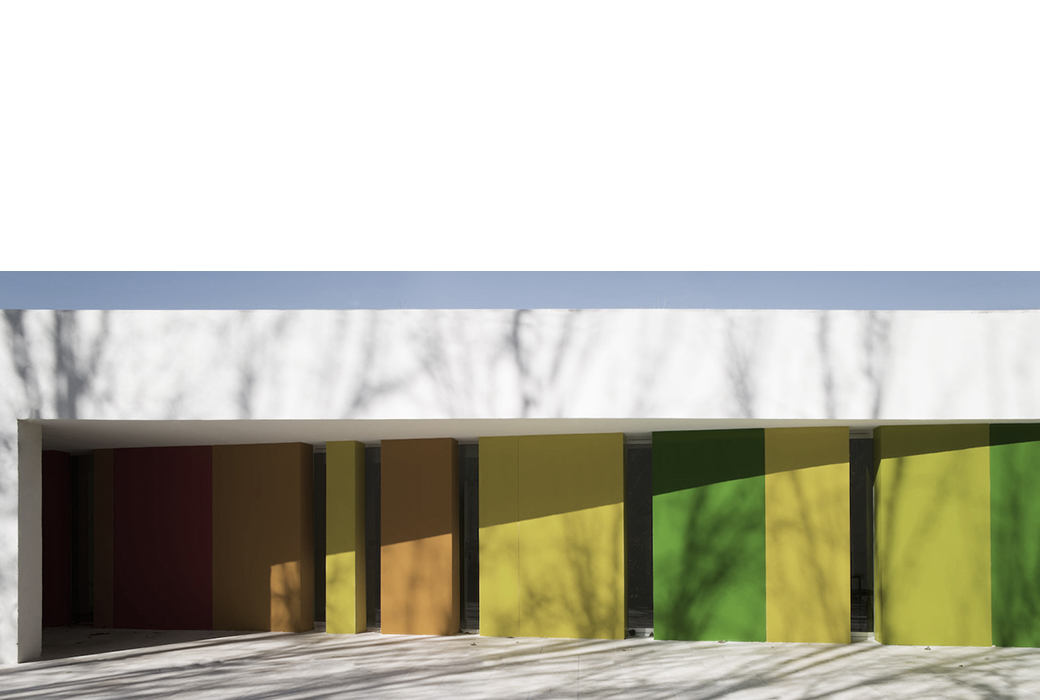 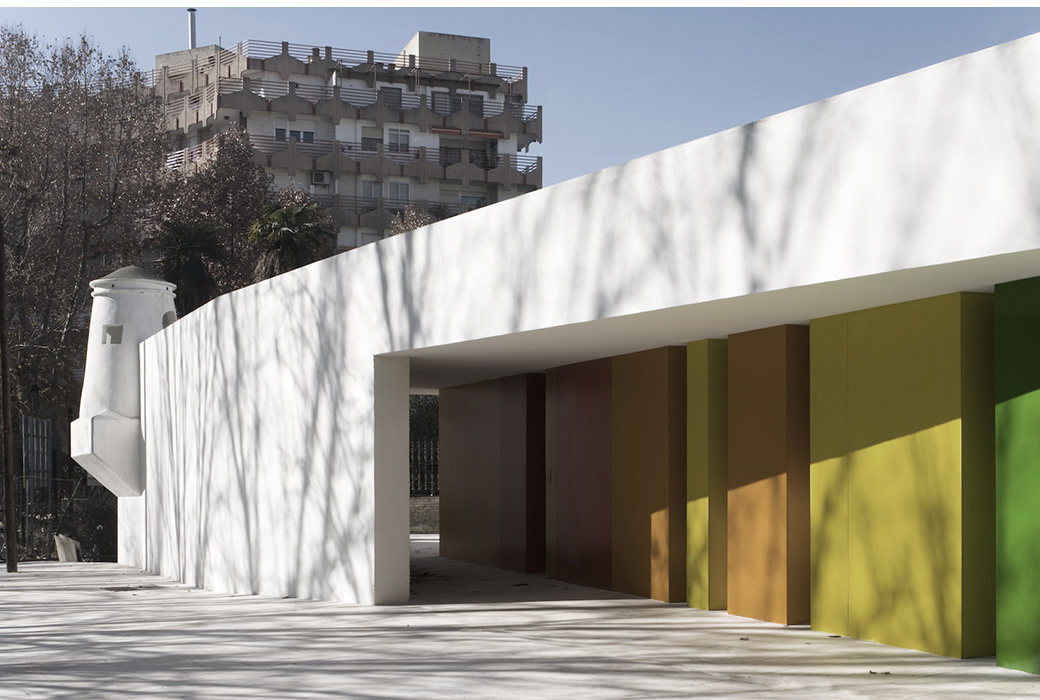 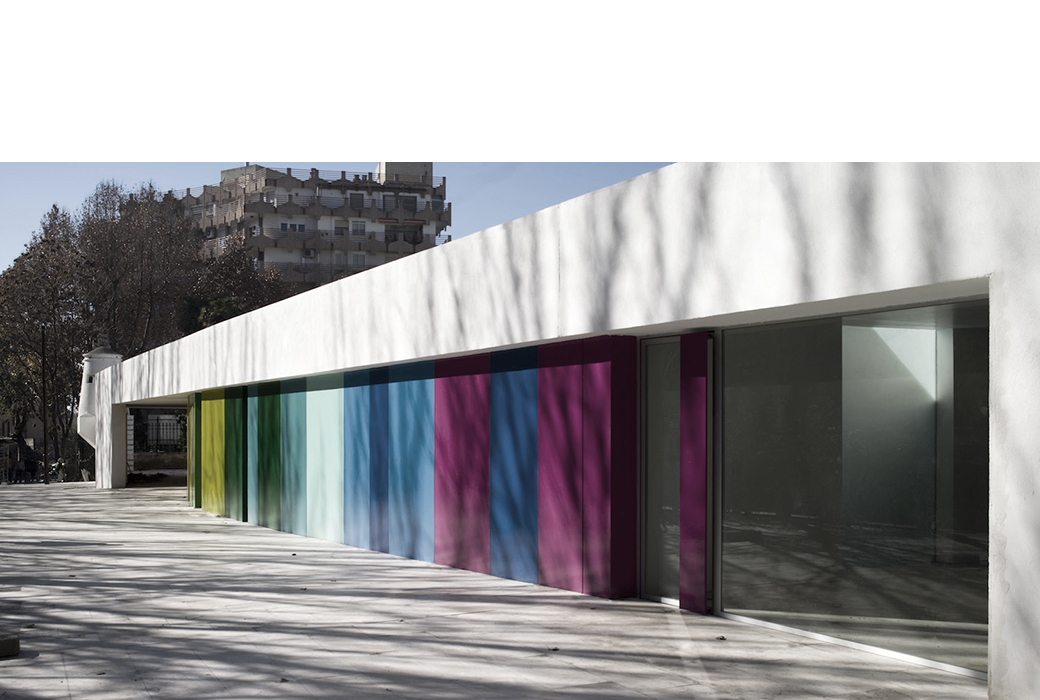 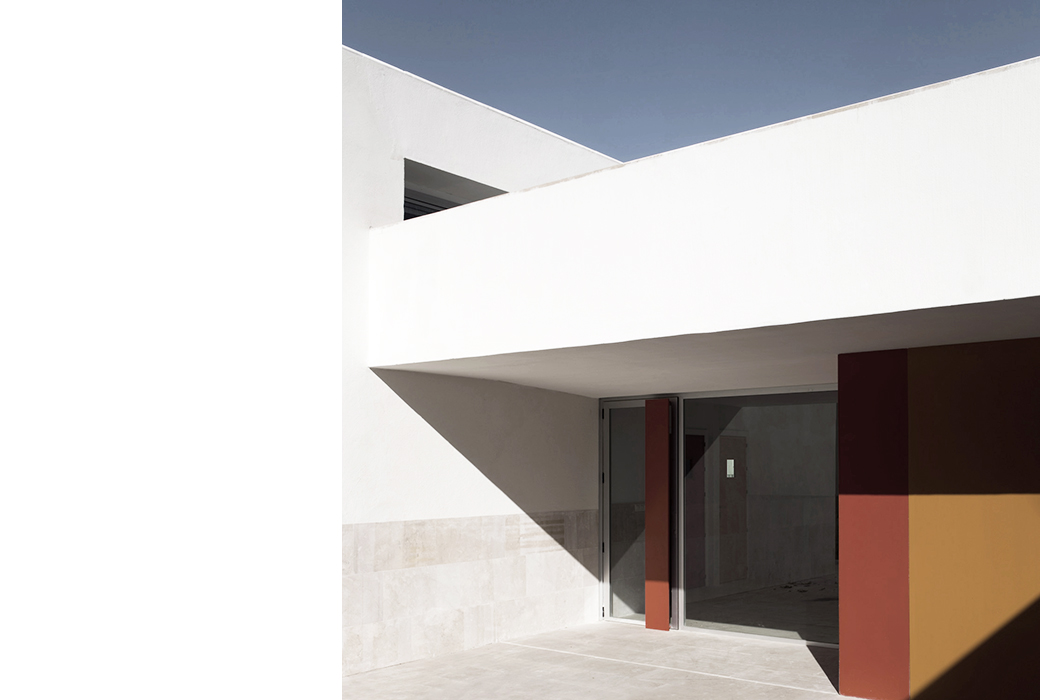 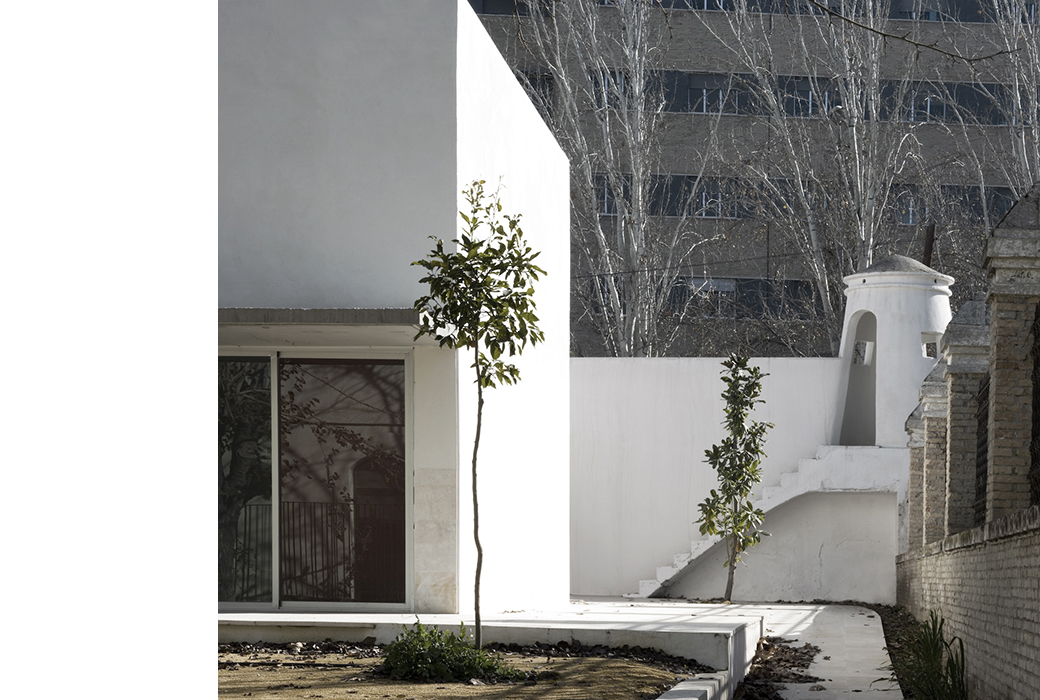 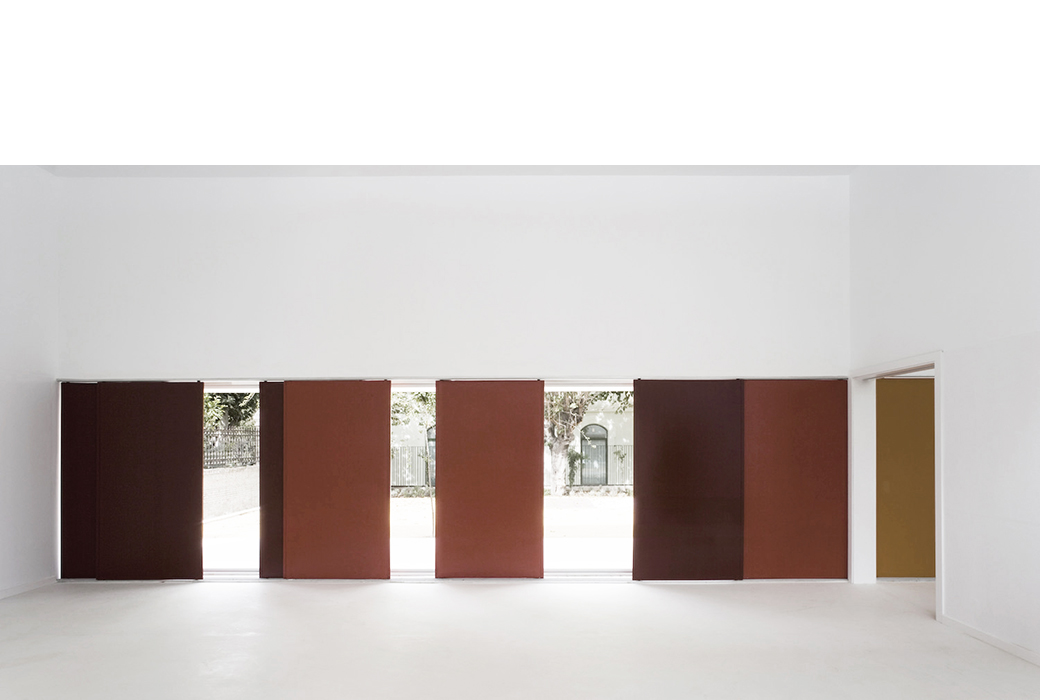 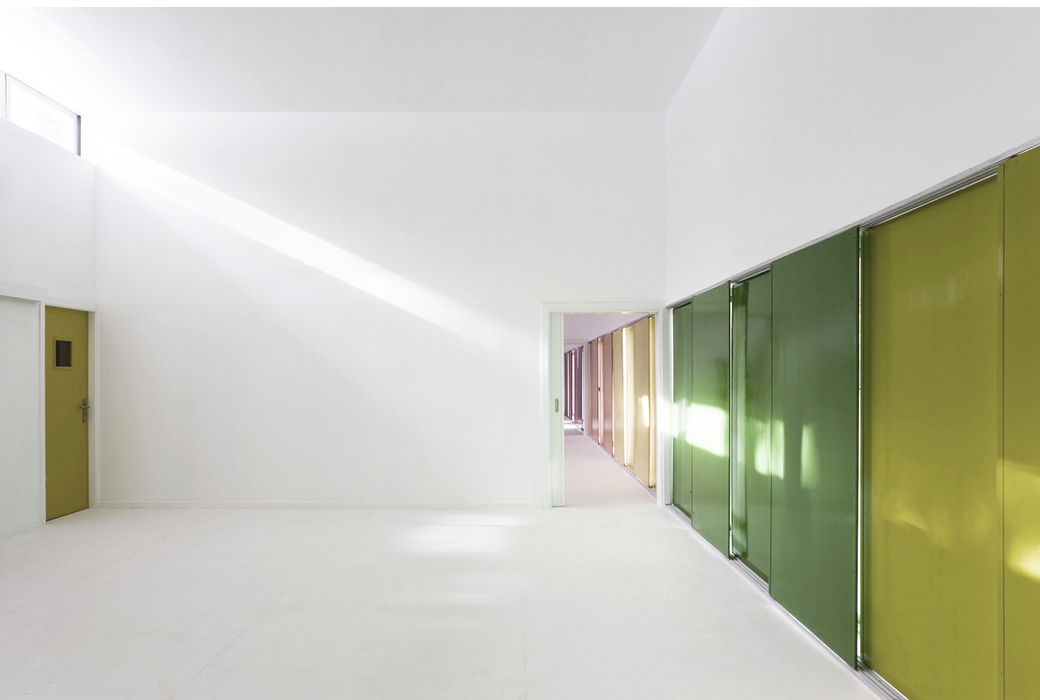 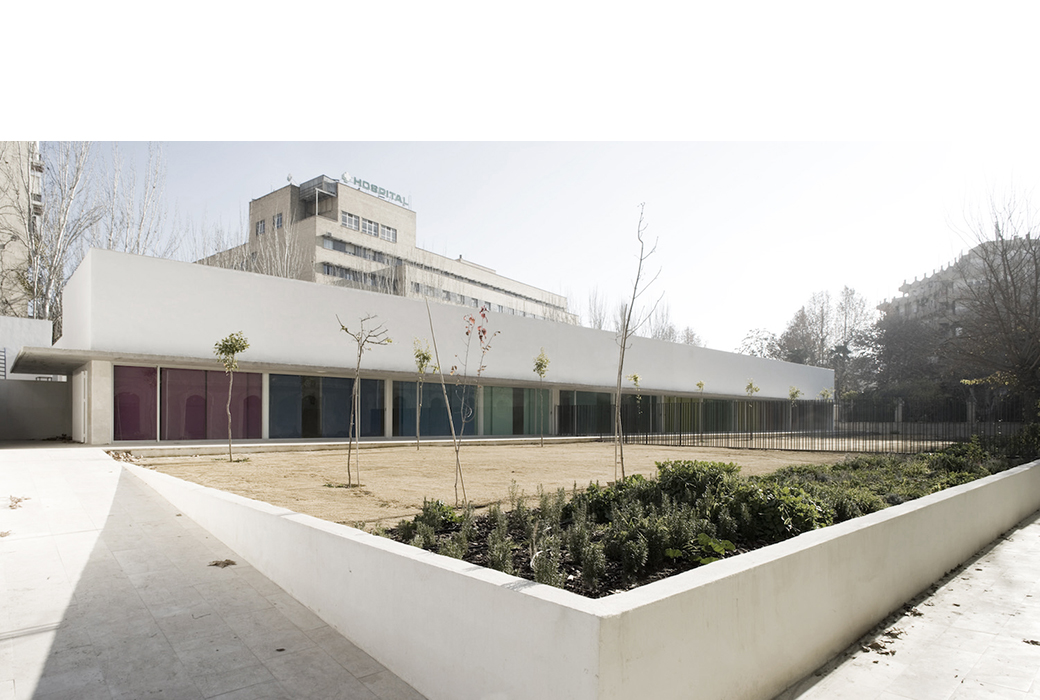 This work is located in the Ribera del Beiro, to the north of the city in Granada. A white wall around the old military property of Mondragones crowned by watchtowers provides a characteristic image of the place. A tall row of poplars marks the slightly curved enormous block with its old pavilions has been transformed into a Room as complementary services on its Eastern façade.

The project’s most radical decision has been to accept being tied with the challenge of transforming it without destroying it and trying trimmed in order to fit some GRC panels lacquered in different colours that are separated from the wall to allow tangential Access to the nursery school courtyard-waiting area. The use of colour seeks to introduce a certain vibration on the pre-existing wall and to indicate clearly the change of character that corresponds to its new use.
The project is arranged in strips; the spaces for personnel, offices and the kitchen are situated from east to west, next the corridor, ending in a courtyard then the strips of bathrooms and the classroom. The classrooms are characterized by their double illumination: tall Windows through which the morning sun in the summer filters through to the west projected by a concrete marquee that opens to a sandy garden un which the vegetation is the protagonist.

The dining room is set up to operate independently and has independent accesses, although following the same unitary structure of the building. A facilities strip ad a larger cell for the dining room, joined to the gardens to allow outdoor dining during some months in the year.
The project’s objective has been to solve the program in the simplest and most complete manner as possible, taking the peculiarities of the place, topography, and position as well as its use into account. Conscious of the importance of reducing Energy consumption and given the economic impossibility of high technology facilities, we have resorted, once again to optimizing the natural resources, adapting ourselves to the orientation, sunlight, vegetation and building elements to achieve it.