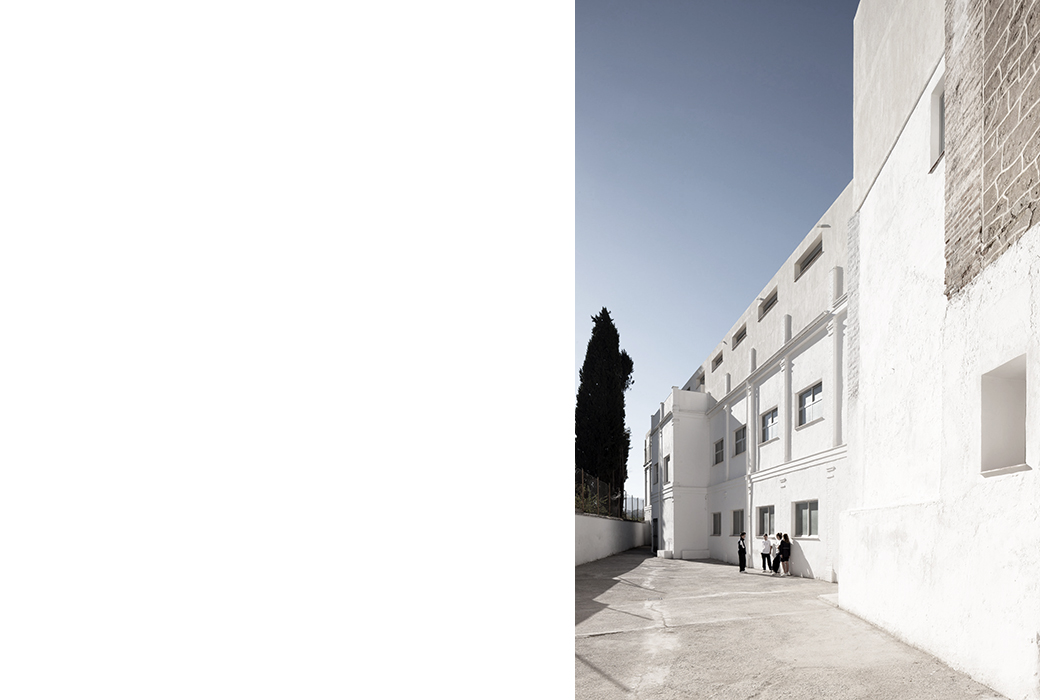 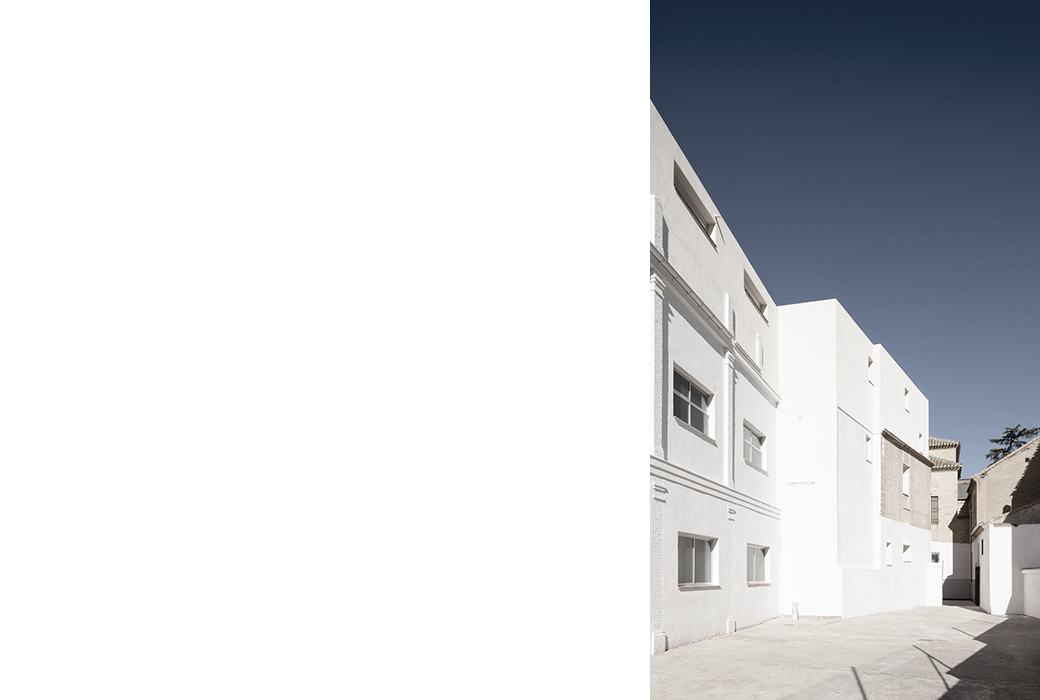 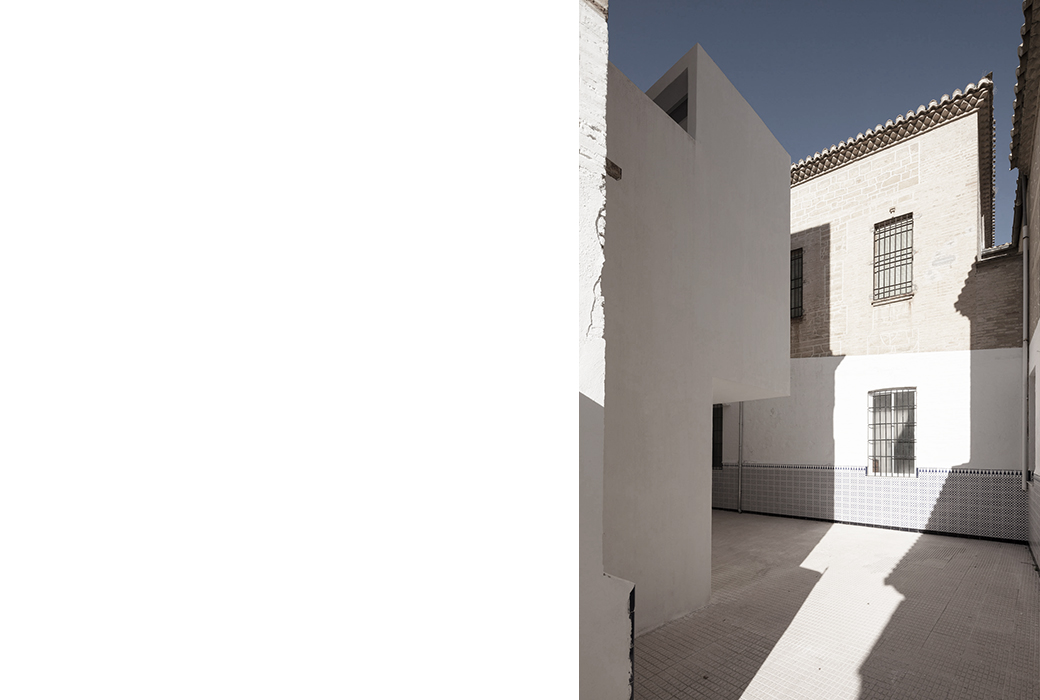 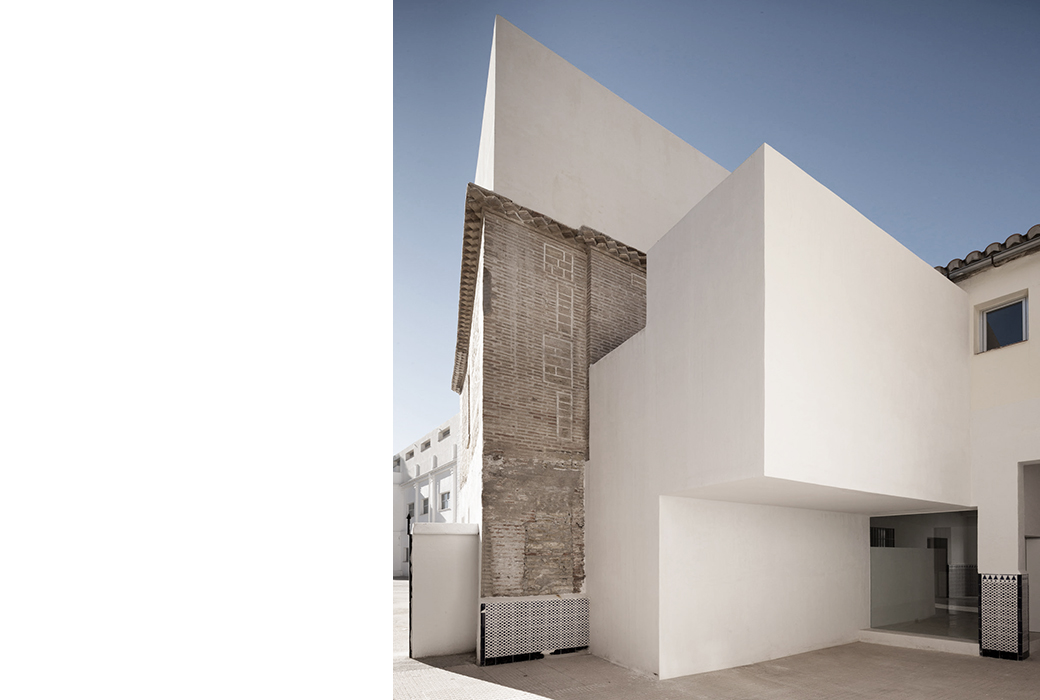 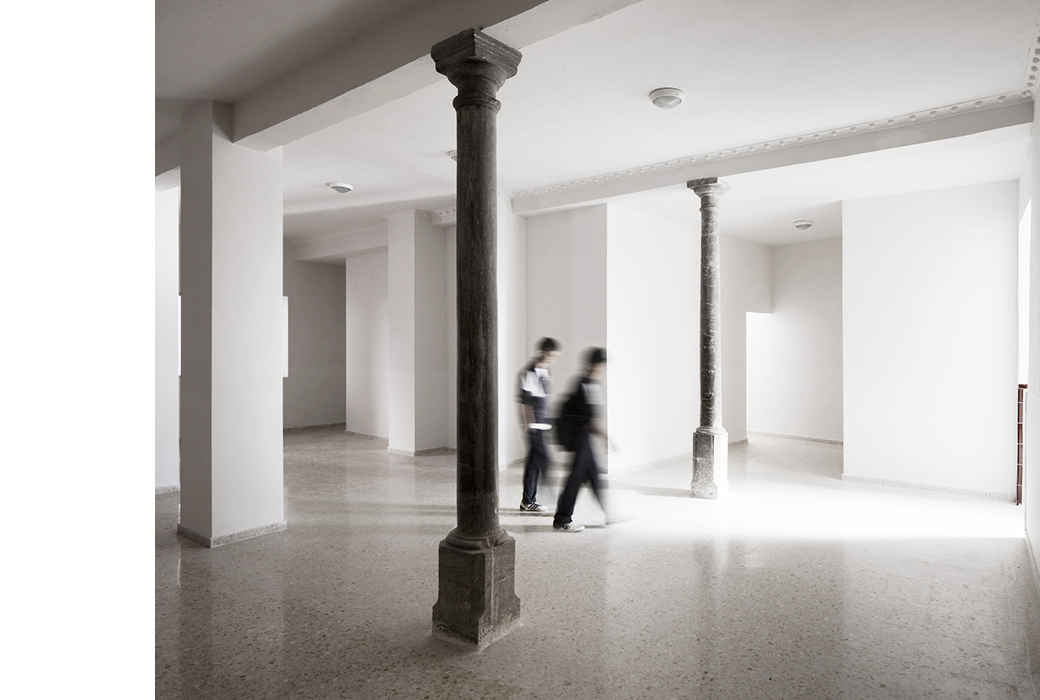 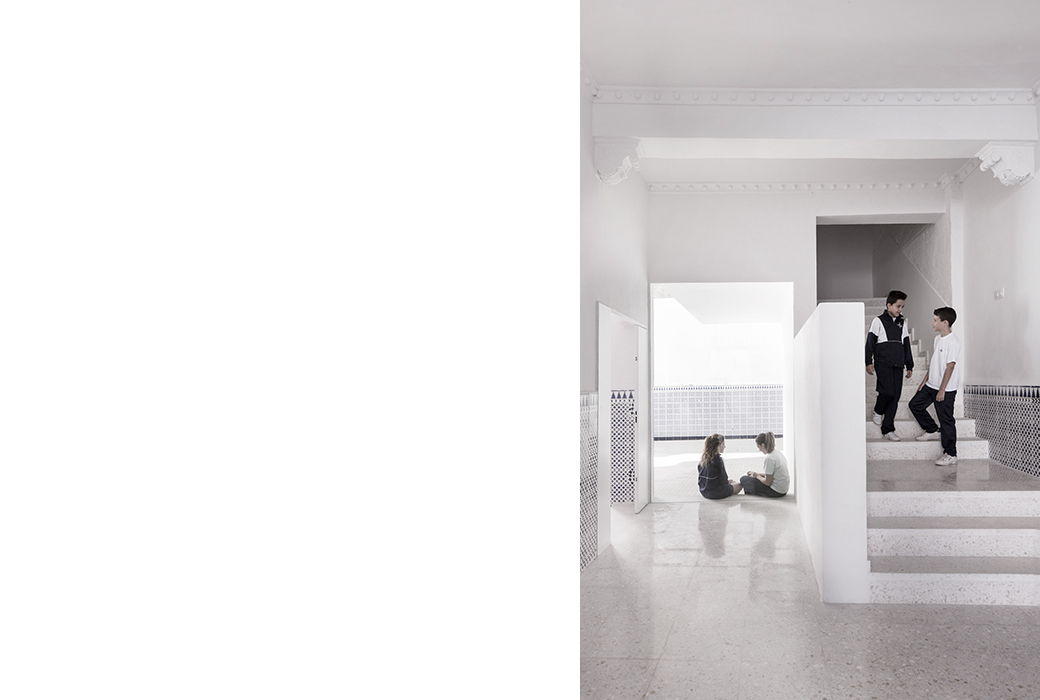 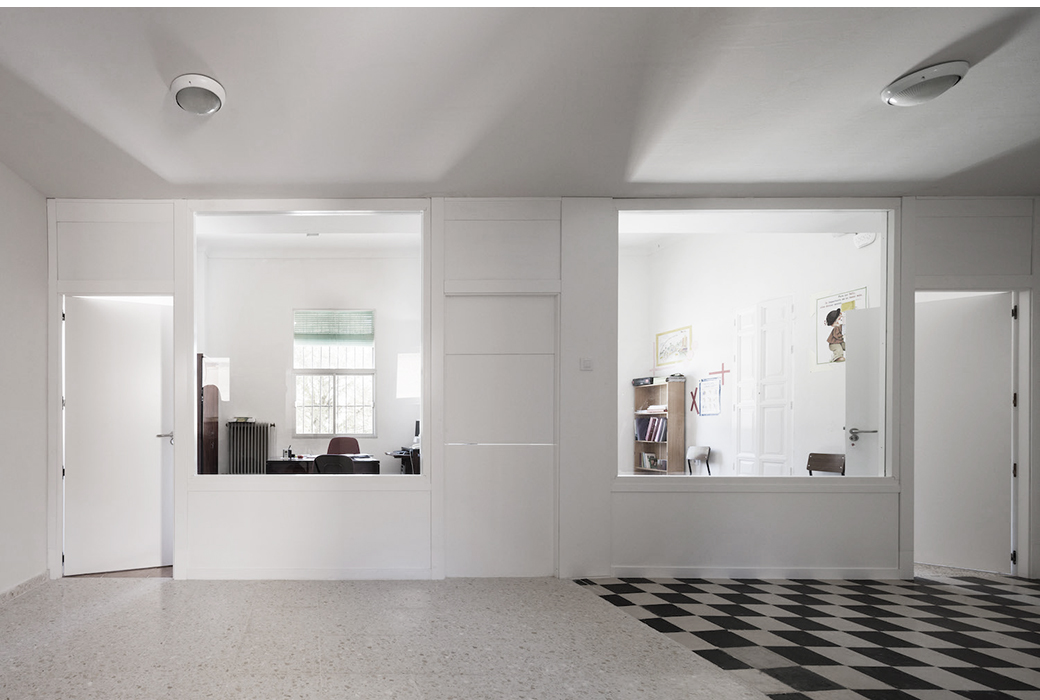 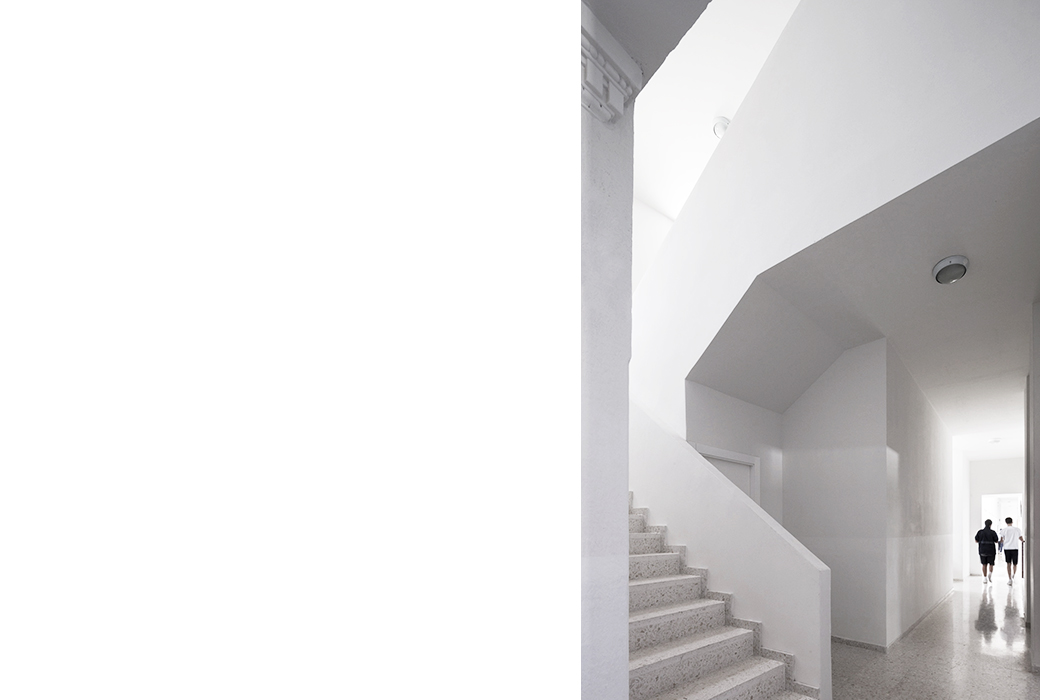 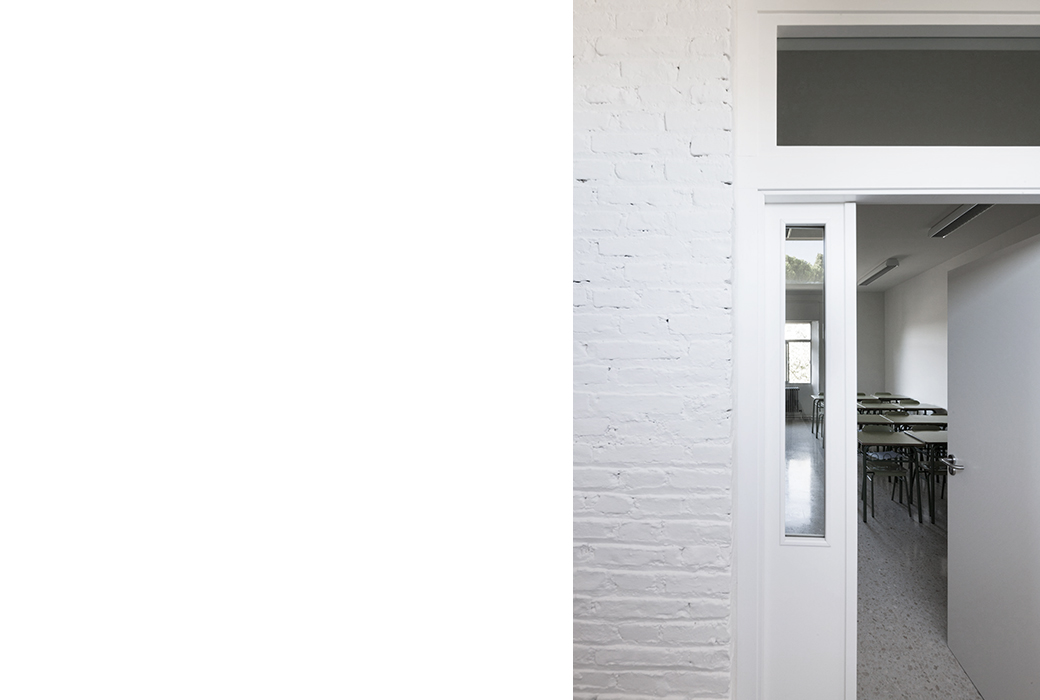 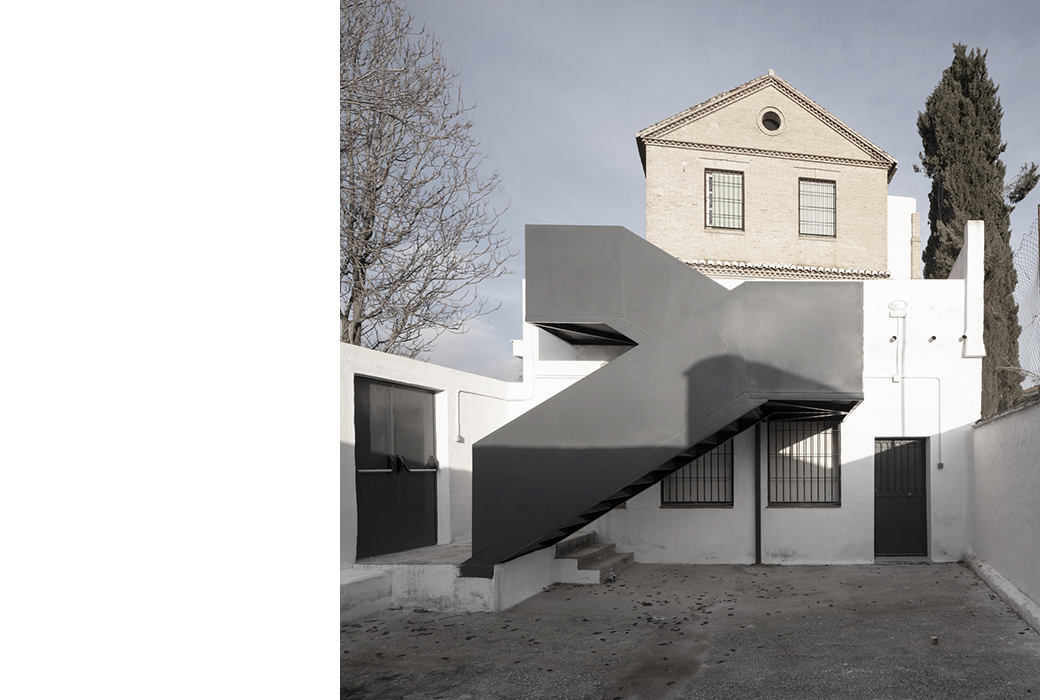 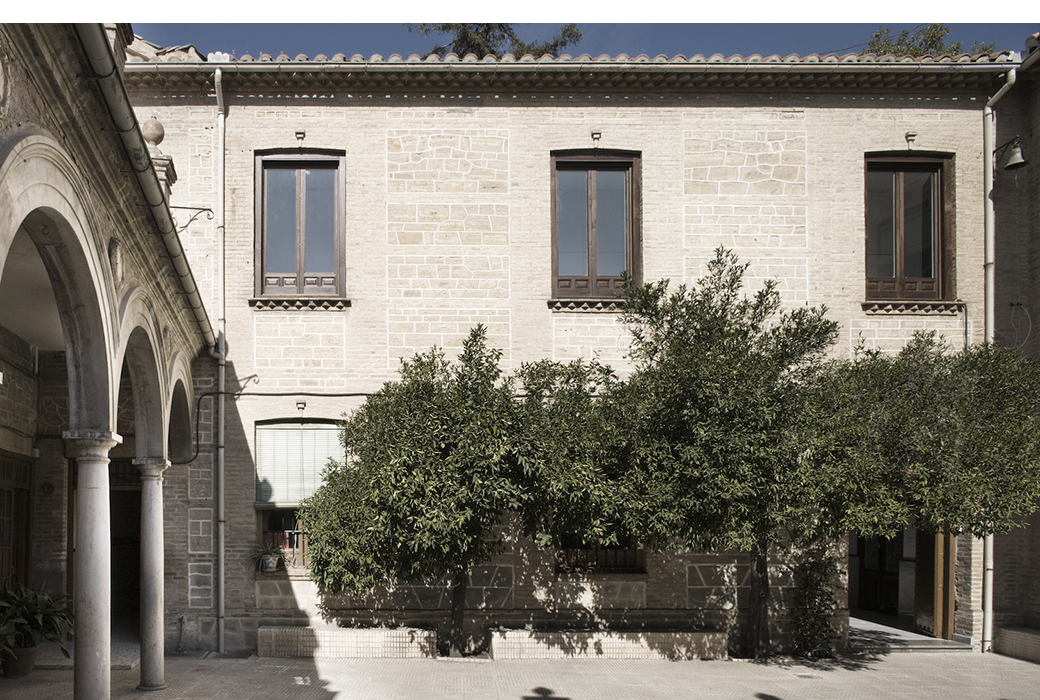 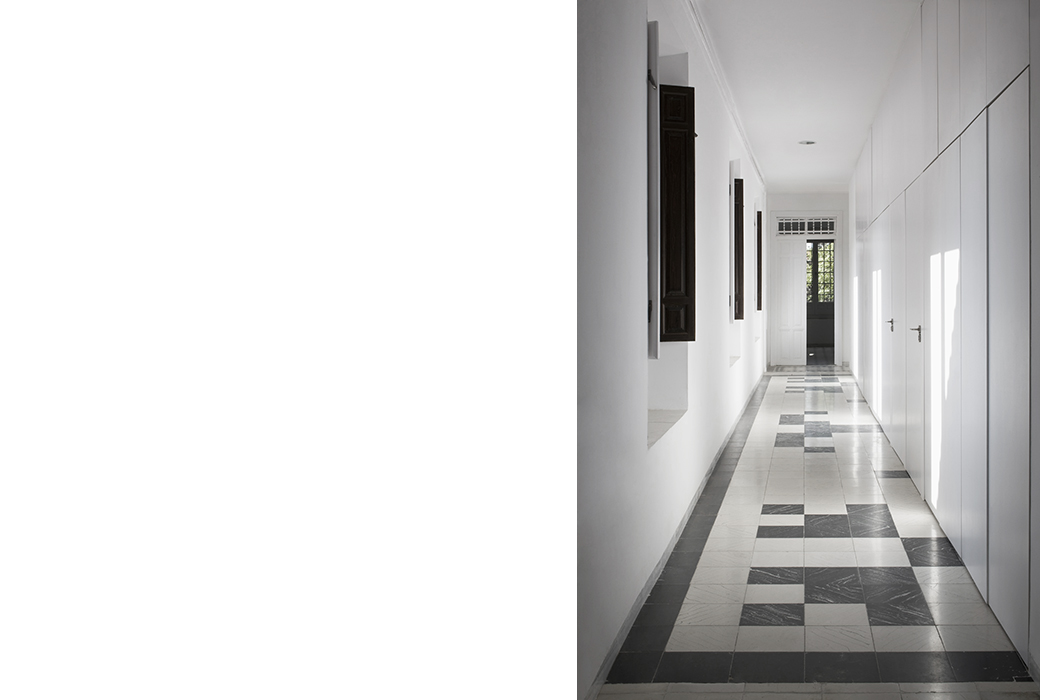 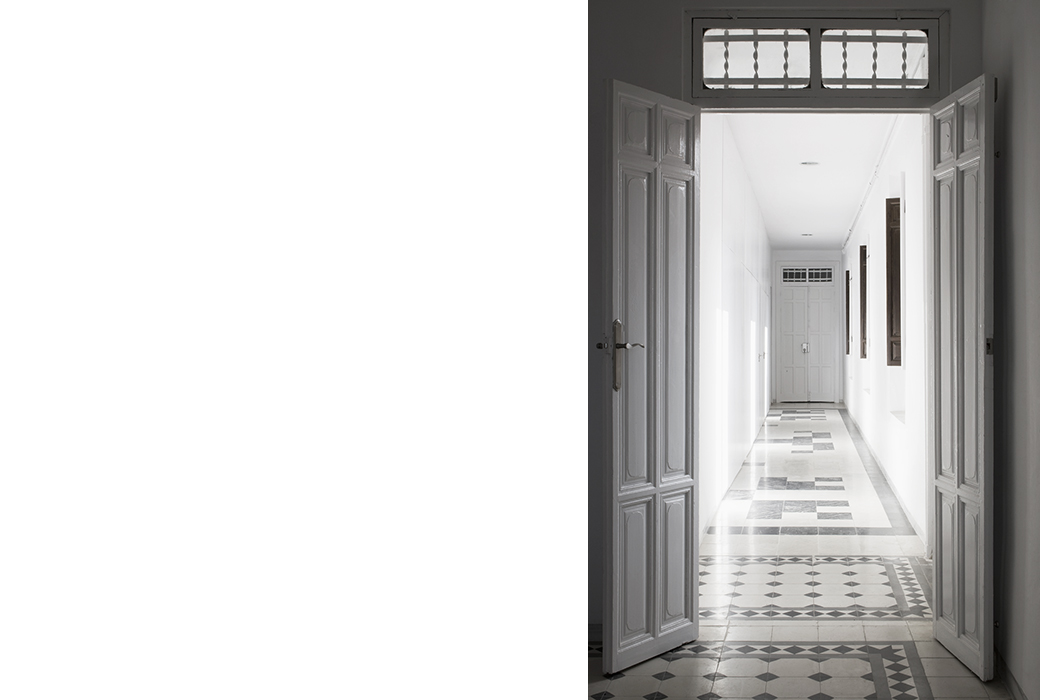 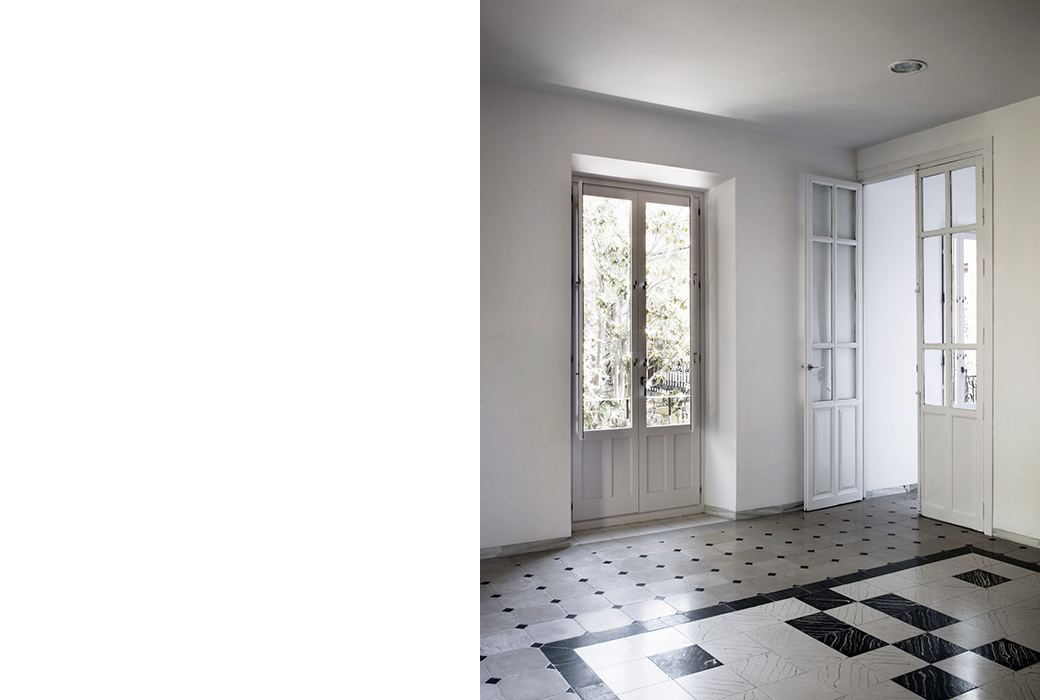 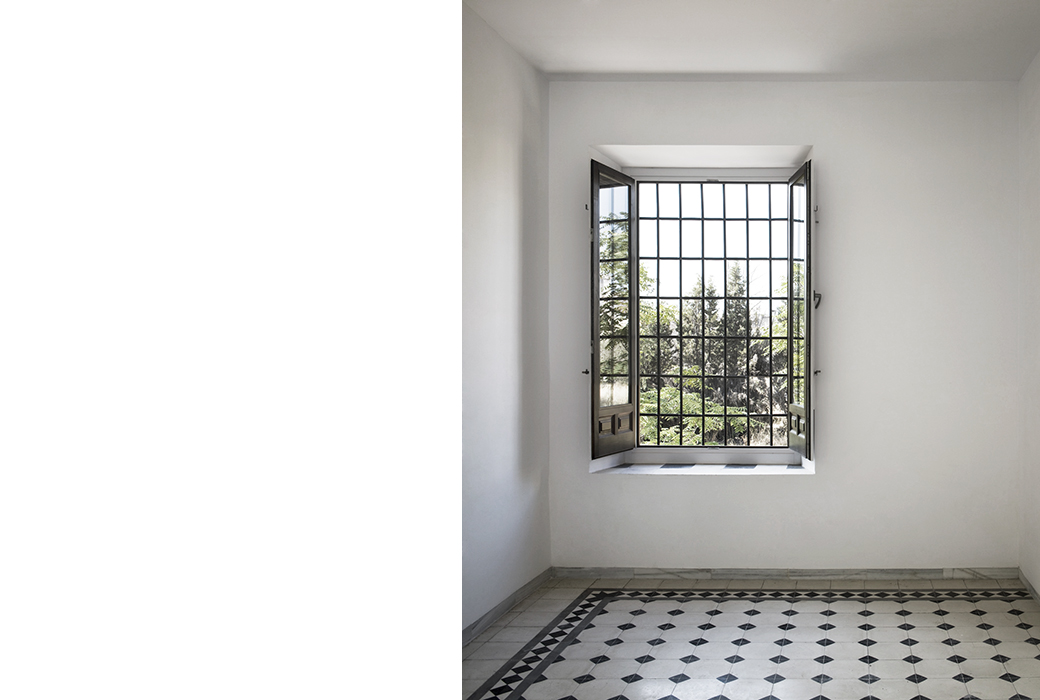 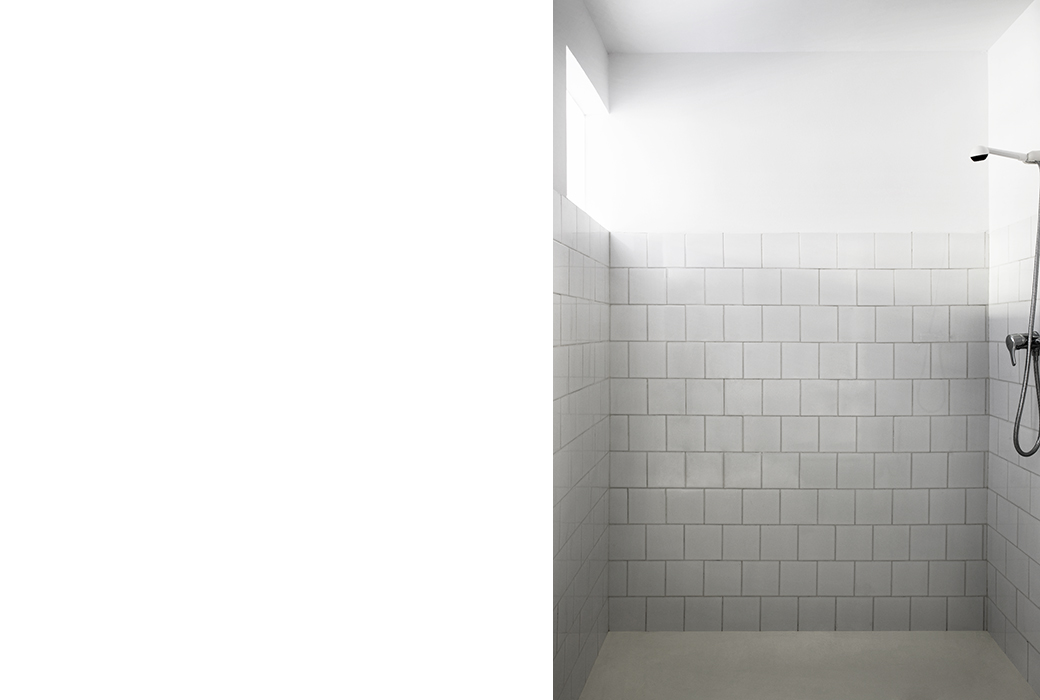 The school is located in a 19th-century building, a former summer home which has been expanded several times to meet evolving needs. The obsolescence of this structure in the 21st century and the requirements of the educational Council’s norms led to the decision to sell off its former gardens, now zoned for building, to build a new school with a budget of 3 million euros.

The crisis arrived just in time and the impossibility of selling the land has led to a more sustainable alternative: recycling the school with one less zero, for 300,000 euros. Moreover, the work had to be carried out during the relatively short summer vacations. To make this possible, one rule was followed at all times: do only what is imperative, demolish only what is imperative. Reduce the project because it had to be done in less time and with less money. Thus, new fire escapes were installed, the classrooms and entrance were reordered, the installations were renewed with energy-efficient criteria, new bathroom nuclei were installed and the roofs were repaired. No more was necessary because, despite all its architectural patching, this school offered many more possibilities for play, manipulation and expression than we adults could imagine.

The results are imperfect architecture, a fragment of recycled city, a strongly conditioned intervention turned into an opportunity to experiment with new materials, ways of building, ways of living and looking at the world.

If there is one thing all pedagogues agree on, it is that emotional and cognitive development takes place in the first years of life, and is strongly favored when the children’s spatial environment is stimulating and motivating. That was the additional challenge in this intervention, where the minimum possible investment had to be used to generate new installations and guarantee compliance with norms for fire protection and accessibility. It was an exercise in pure architectural recycling from the moment that we accepted the viability of the existing building’s characteristics.

This school has been repeatedly transformed, expanded and renovated, and like the house of the protagonist of Jacques Tati’s film, Mon Oncle, it is filled with ambiguous spaces. These include a fascinating staircase made with five different types of flooring that begins with flights and ends in a spiral, as well as surprising concatenations of spaces that meet their needs without obeying any norms and without responding in any way to the rationality of a building designed, all at the same time. A patio and unlikely walls from different dates and renovations, spaces and finishes make up a puzzle that would be difficult to surpass in terms of stimulation and motivation for children.

This work required attention to two different sets of criteria at the same time. On one hand, we had to meet the needs of its users, keeping them in mind at all times. On the other, we had to do so while maintaining conditions of sustainability and creativity demanded by this century, in its coexistence with a heritage whose value may, or may not, be recognized.