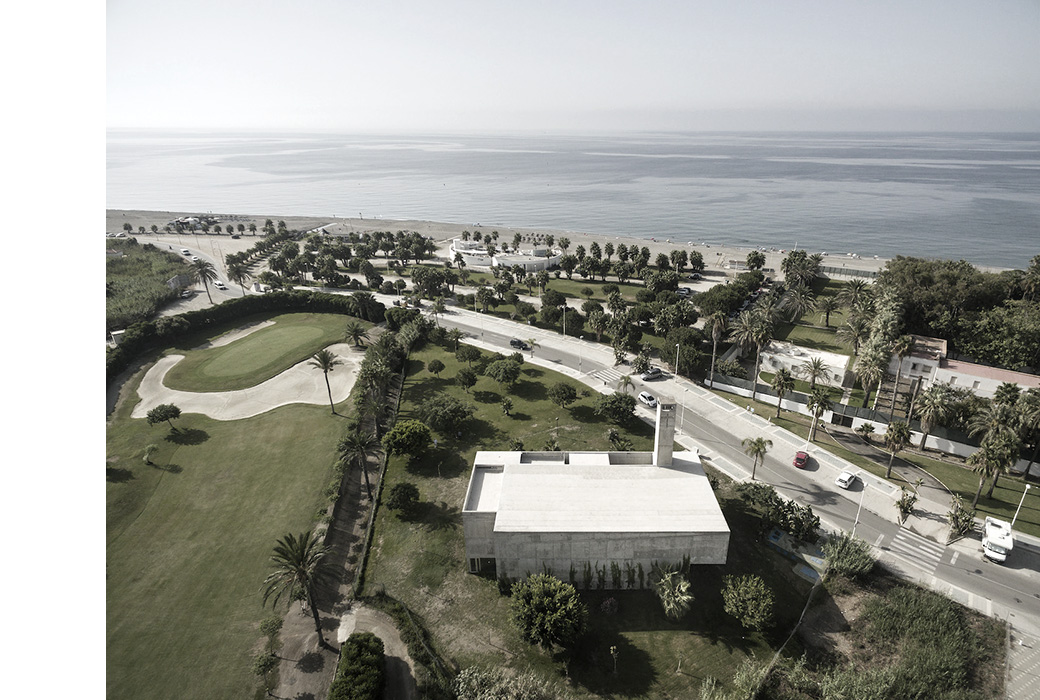 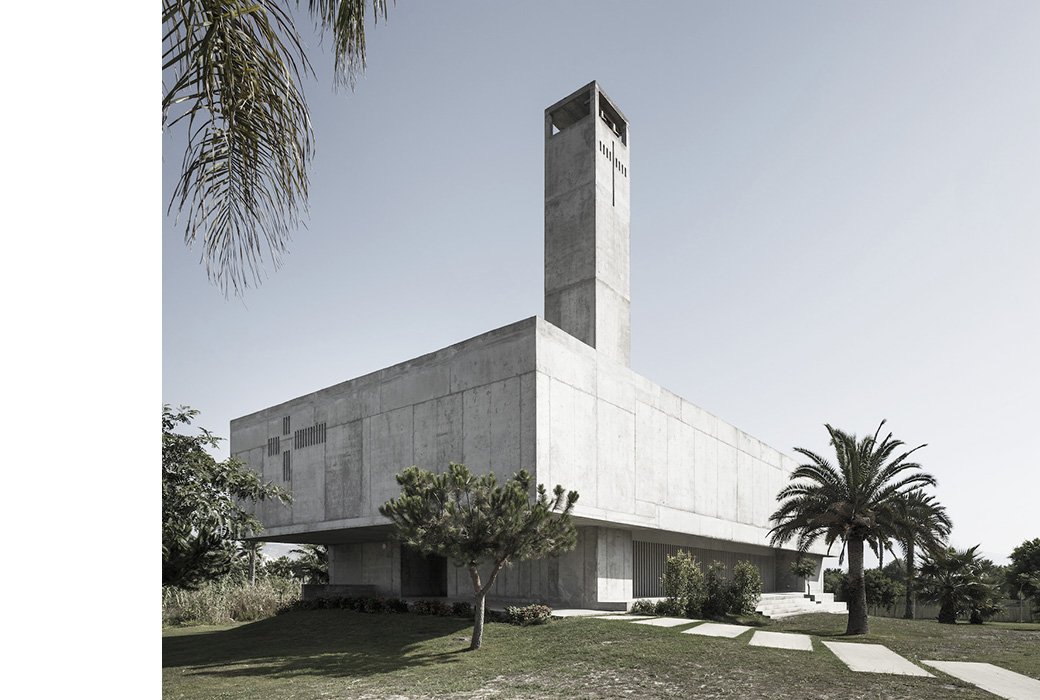 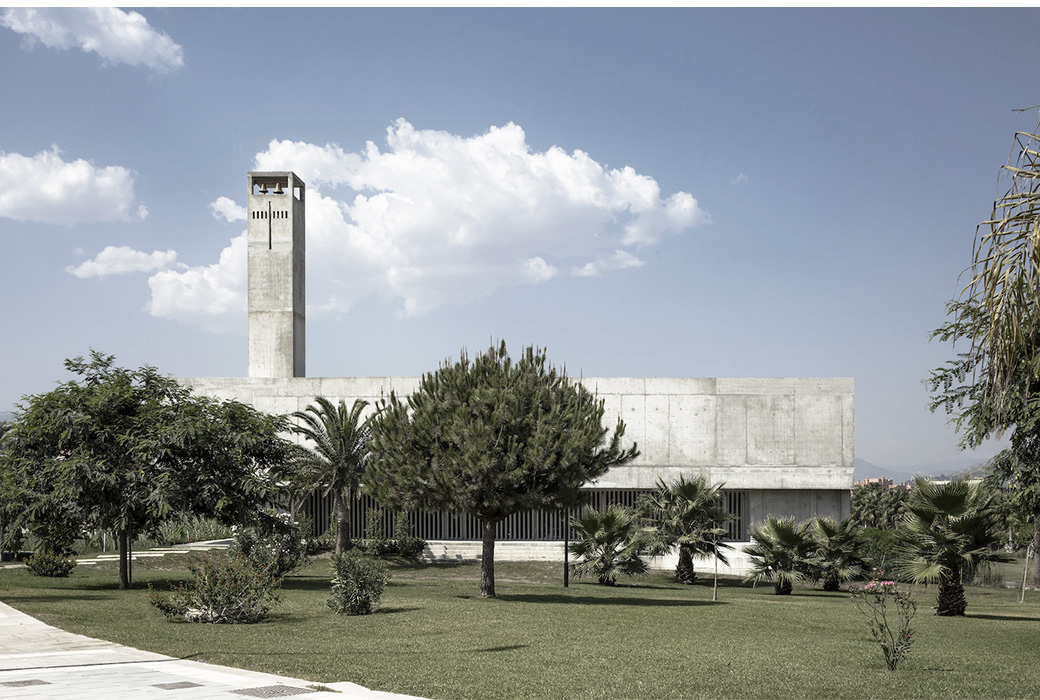 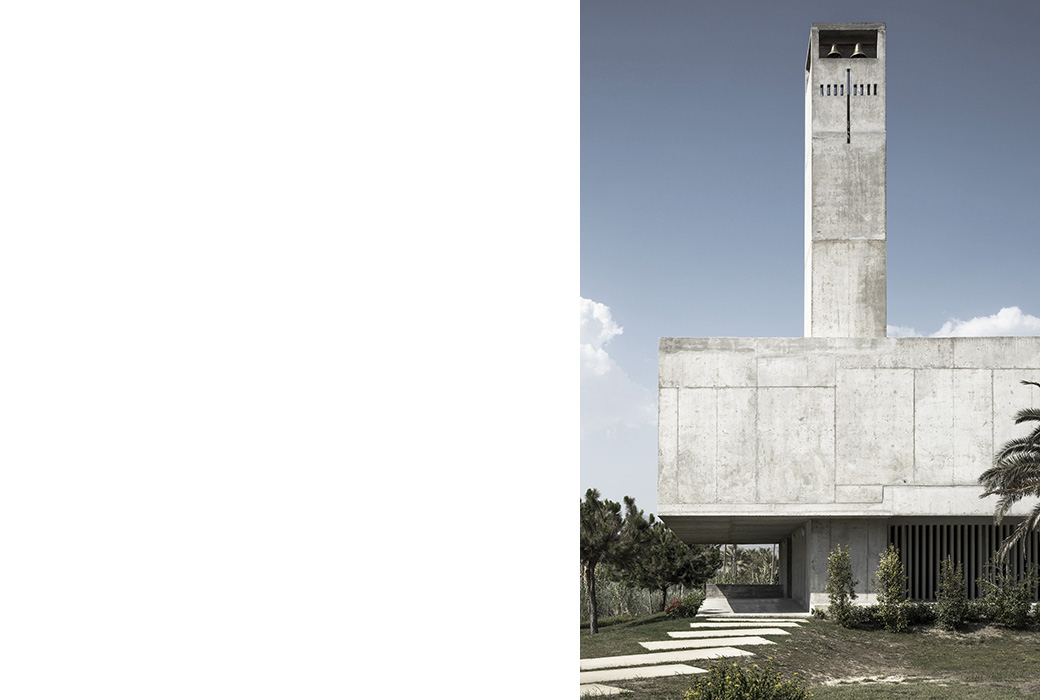 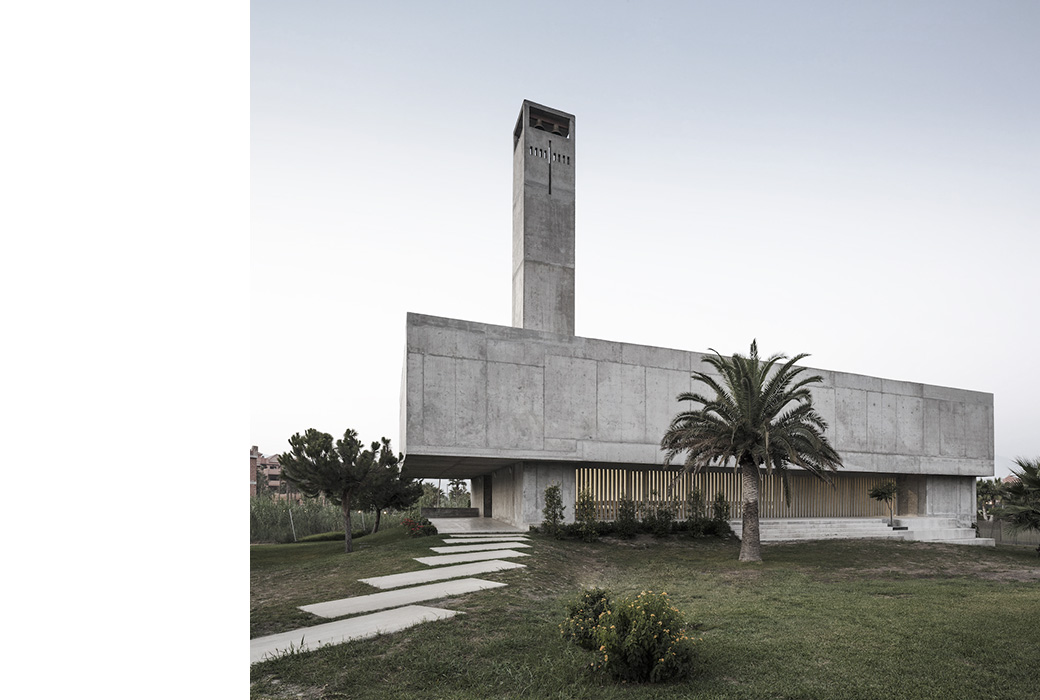 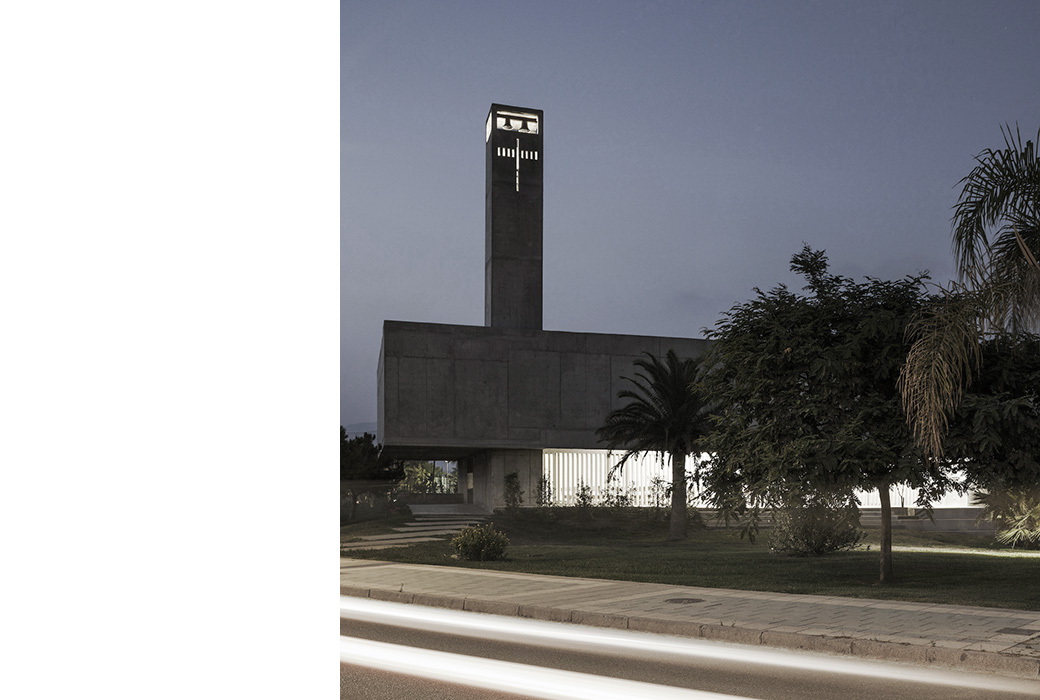 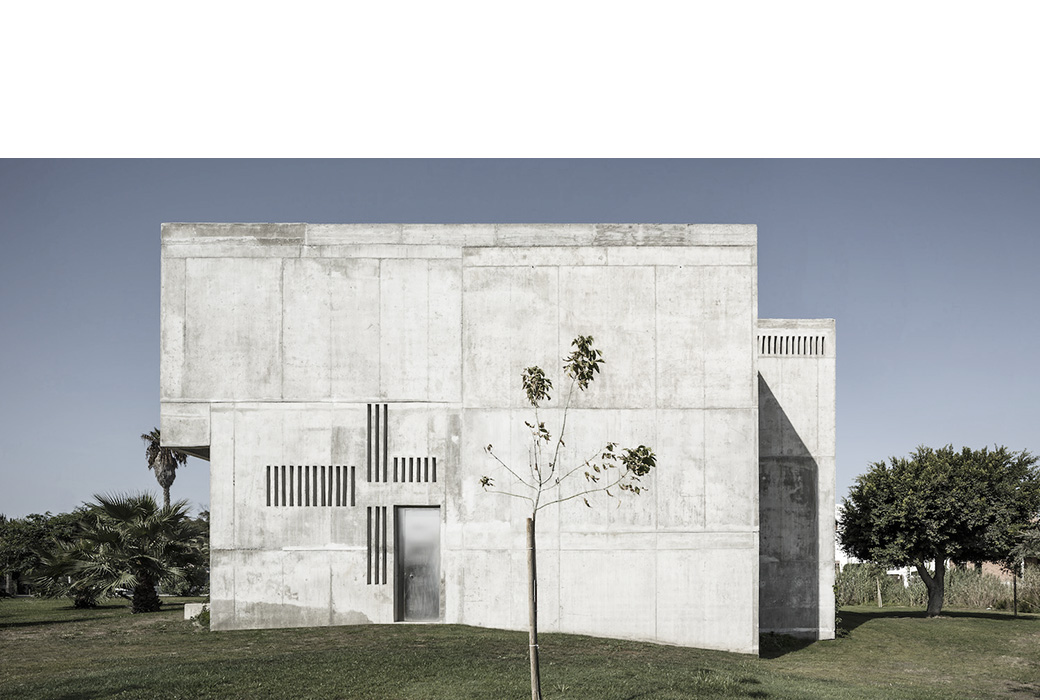 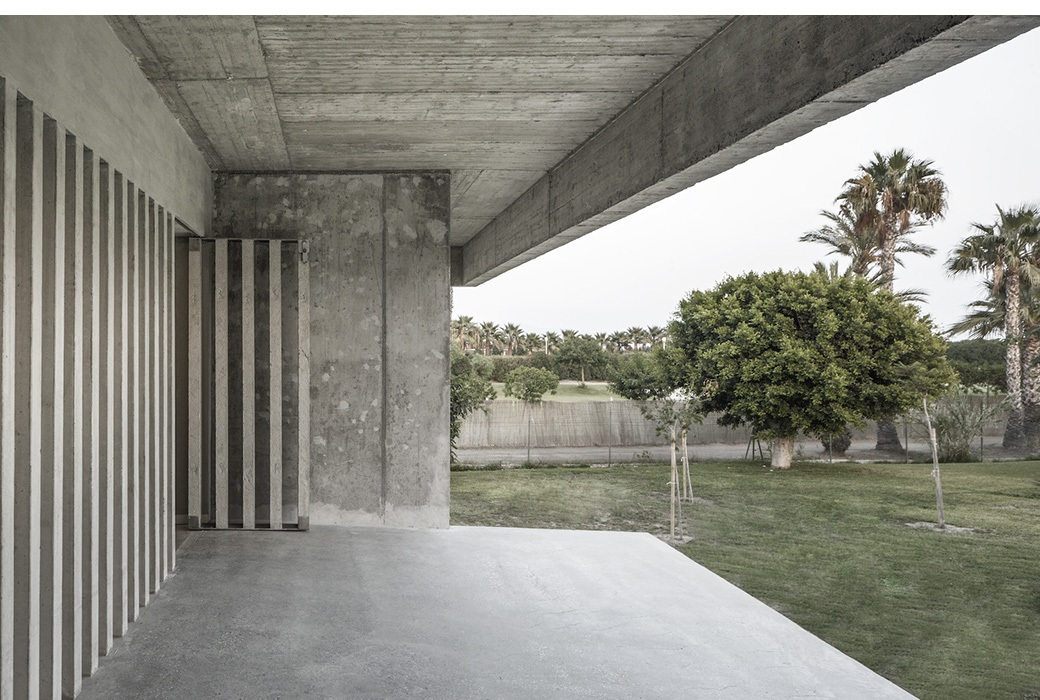 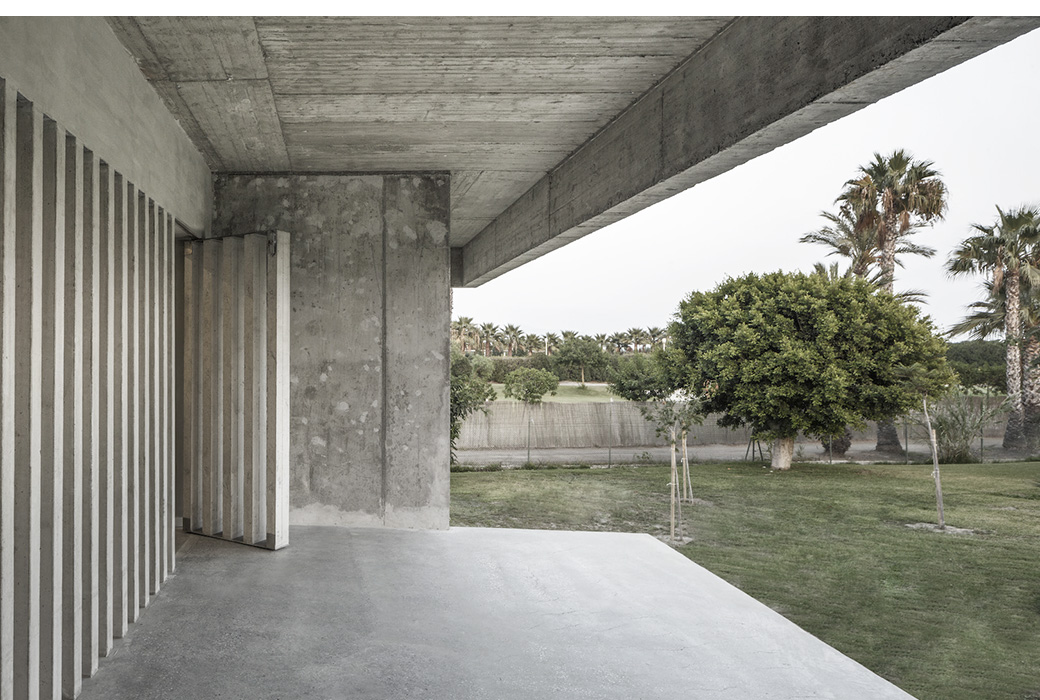 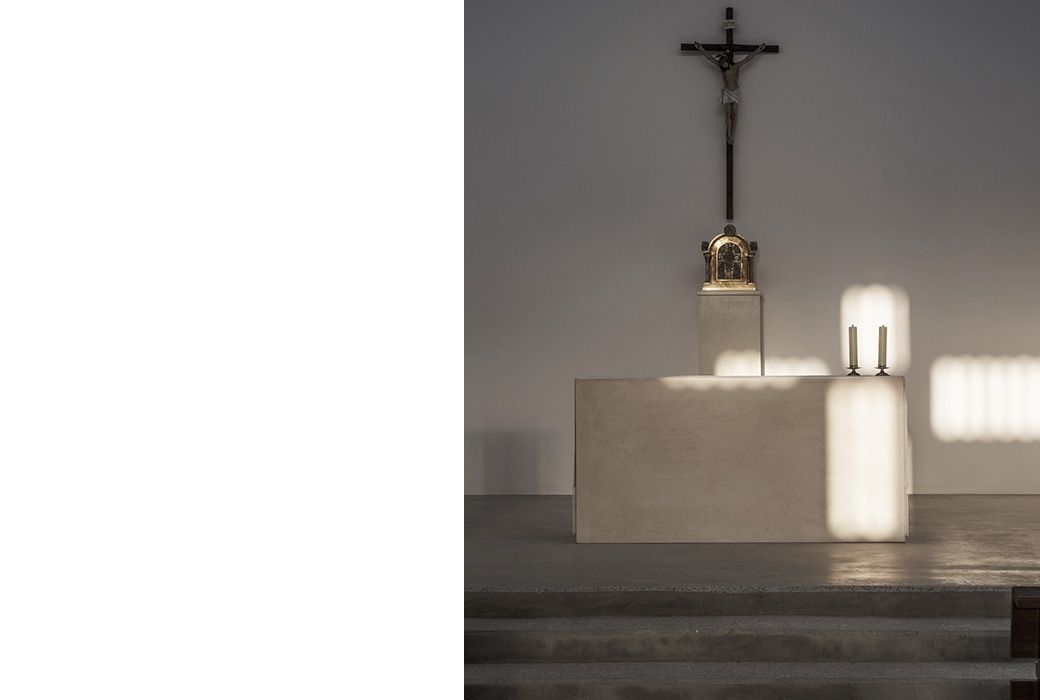 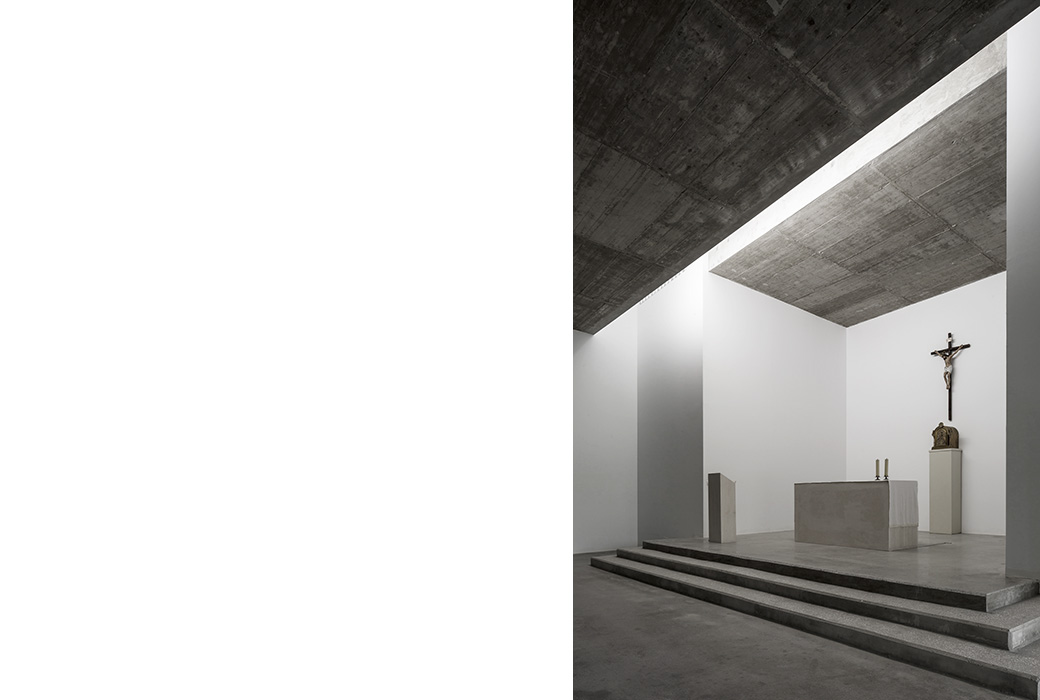 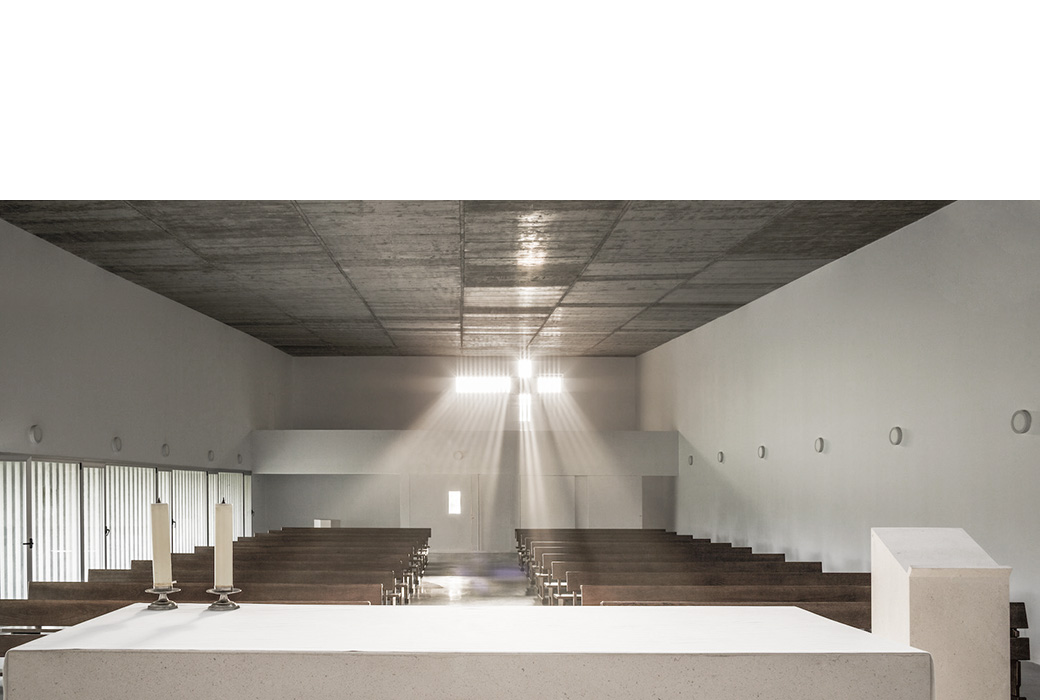 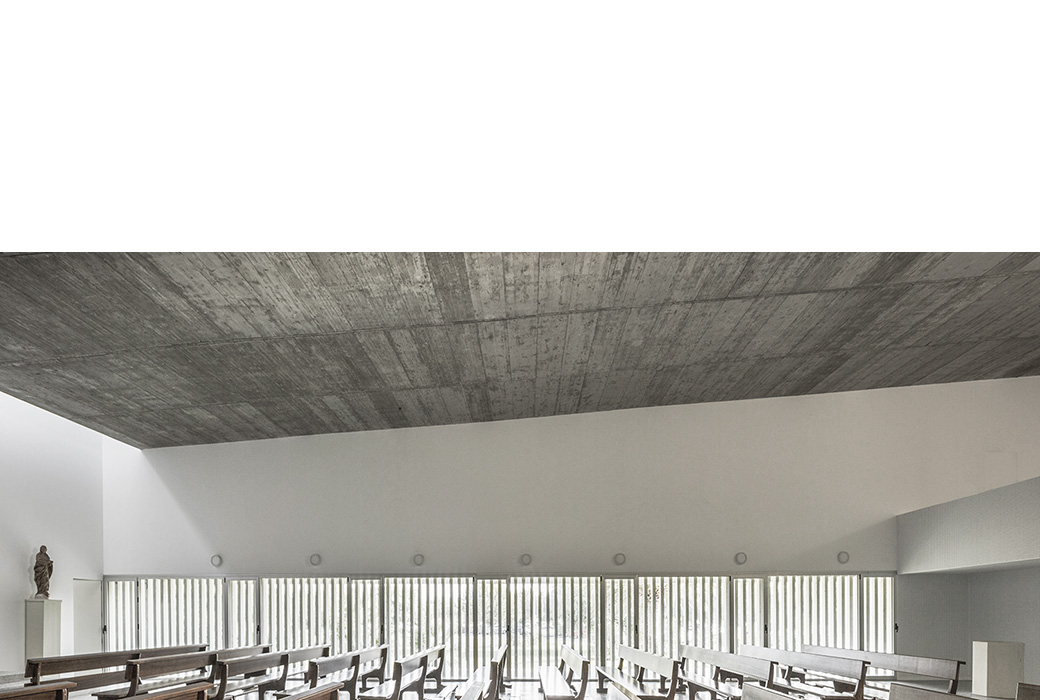 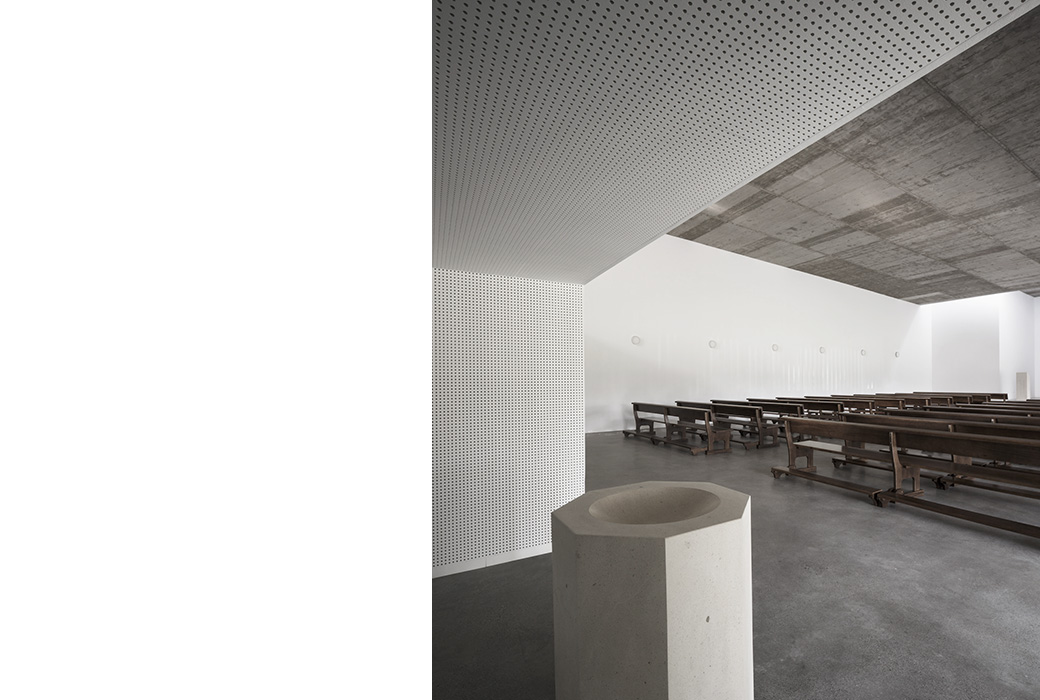 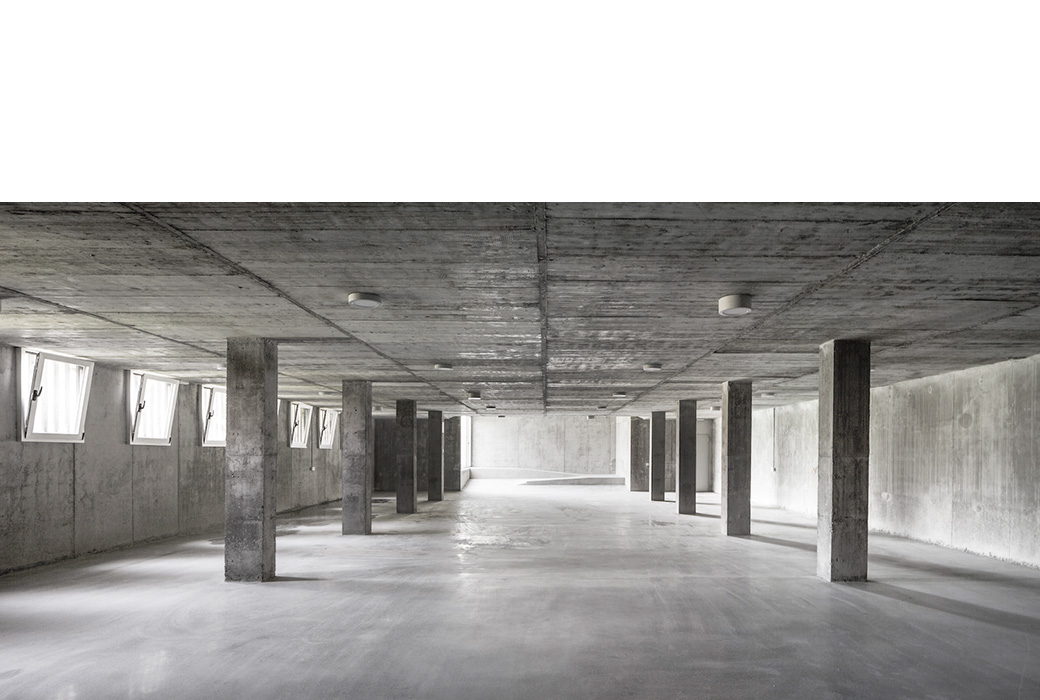 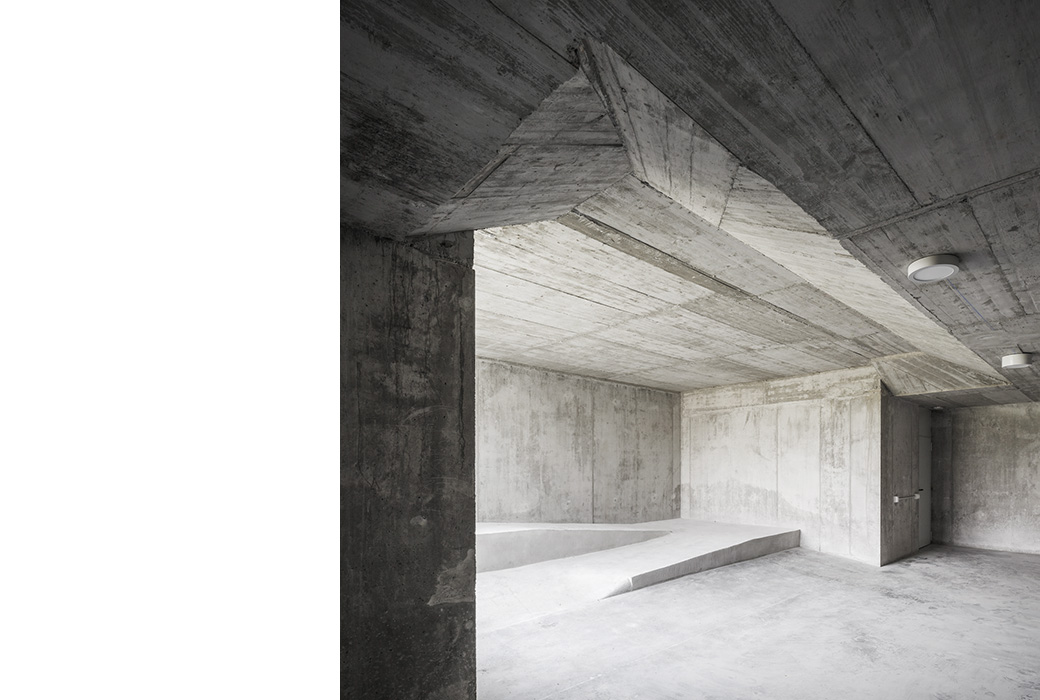 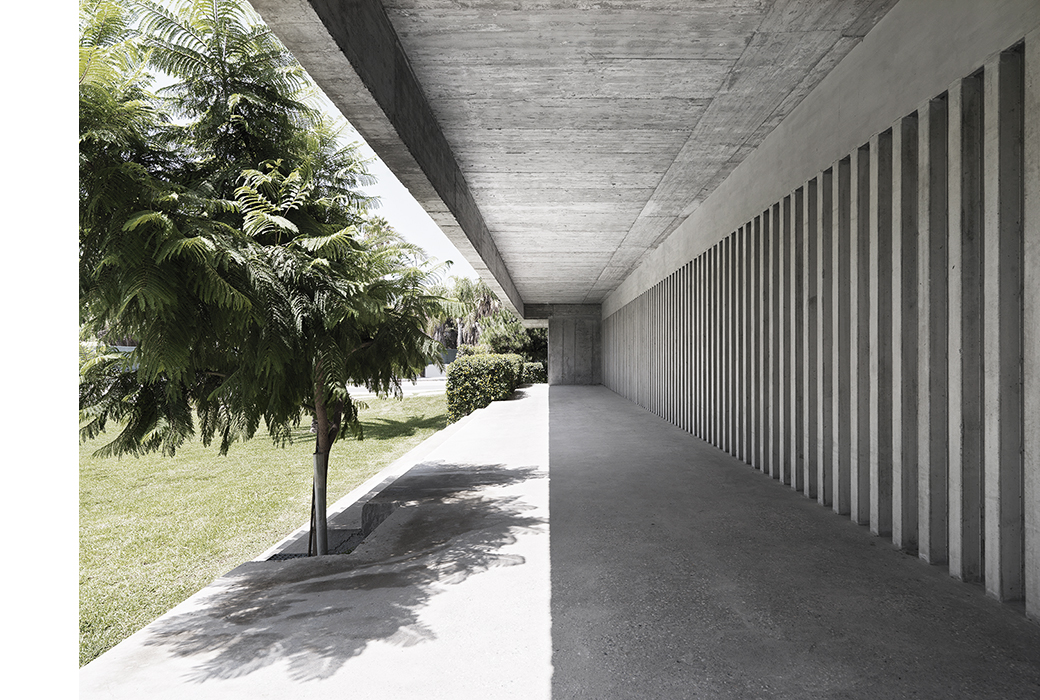 On the tropical coast, south of Sierra Nevada, and very close to the sea, rises a slender tower that indicates the presence of a new church. It is a simple piece of concrete, close and accessible, set among the trees of an open garden.

The challenge of building a space for the encounter that refers to transcendence is such, that it was chosen not to try to do anything new, but to refer to the tradition of the first Christian temples.  An attempt to emulate those who have already achieved the skillful use of natural light and textures of materials, unity between the whole and the parts, and precision in the details, to achieve a coherent, silent and strong space.

The architecture is, therefore, placed at the service of the liturgy, integrating the elements that form the whole. Atrium of access, baptistery with octagonal pile at the entrance, crypt, presbytery, belfry and choir. And the text is inserted in a certain context, the set of conditions of this work: the topography, with a gap that allows access to the nave from the garden to the west, and from the east to the crypt that works as base, the high water level that has determined the ground level of the building. The urbanistic regulations, which required, except for the bell tower, not to exceed the height of 8 meters of single-family two story dwellings in the area. The aggressive environment for the steel that the proximity of the sea implies. The importance of acoustics for the correct functioning of the building.

These conditions have been the rules of the game, which have been leading to the final result, eliminating everything arbitrary.

Light is the raw material with which has been worked. Through it, the idea that God is the light of the world, the idea of one God and three people, is being materialized. In the temple there are three entrances of light. The first is a hidden skylight facing east, where the sun rises, symbolizing the resurrection of Christ and illuminating the altar indirectly but clearly. Second is on the west, over the choir, where some perforations in the concrete allow that during sunset on the altar is projected light in the form of a cross, and a third on the south side, through the latticework open to the garden on the nave of the faithful. A single light illuminates the church in three different ways.

Finally,  the construction can be mentioned, which is essentially done in concrete. The vertical structure is made of double-sided reinforced walls, the horizontal, foundations and slabs use a new system “ELESDOPA”, a double-walled structural element that manages to optimize structurally the operation of the concrete, that remains visible on both faces, and reaches a high level of thermal insulation. On the cover of the main nave, this slab of variable thickness avoids the parallelism between the floor and the ceiling that acoustically is not suitable. This system also allows to leave out other finishes in most cases, so both the construction is very economical 480 € / m2 built and maintenance is practically nil.

Concrete, artificial stone of our time, also has a symbolic value. The nakedness of this contemporary stone speaks of constructive sincerity and sobriety. Timeless values ​​that lead to purification of the architecture from ornament and allow only light to affect the spaces.