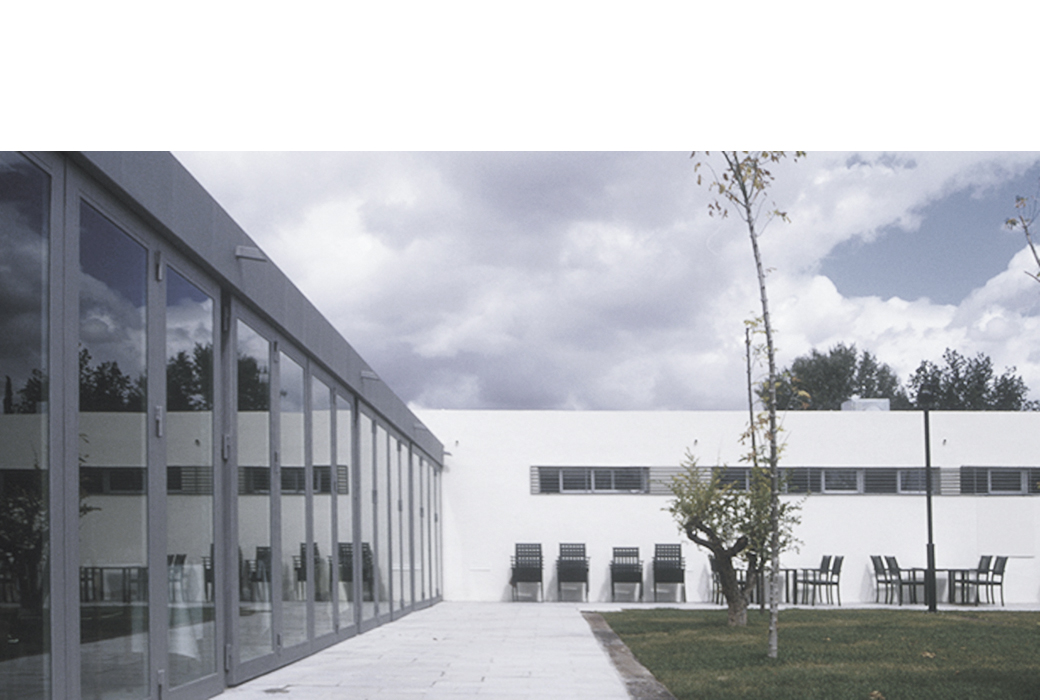 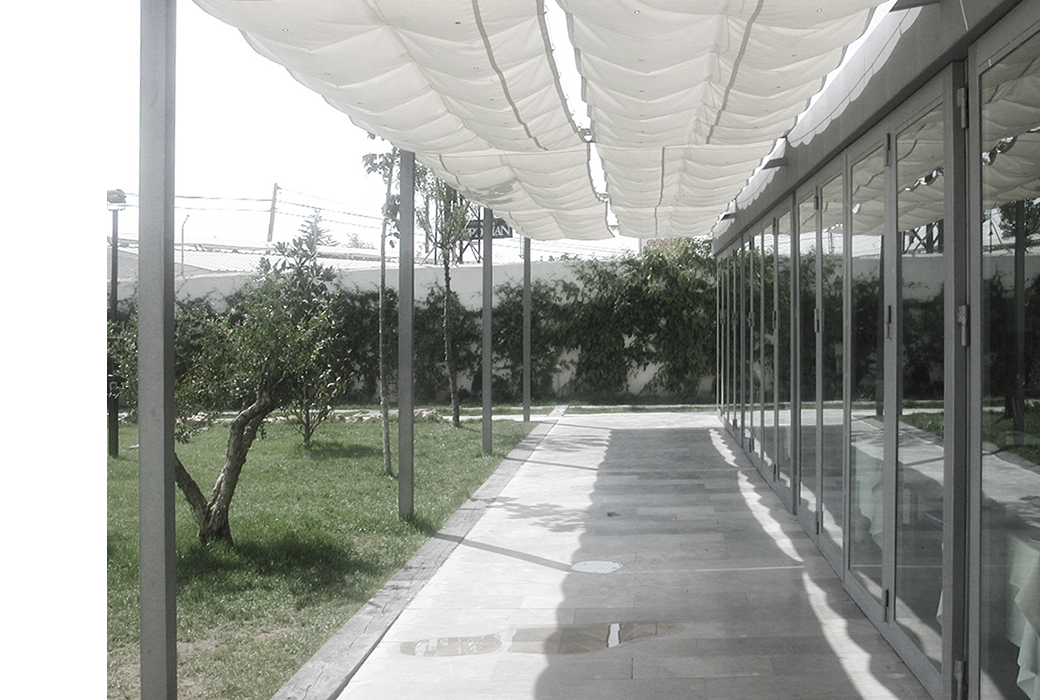 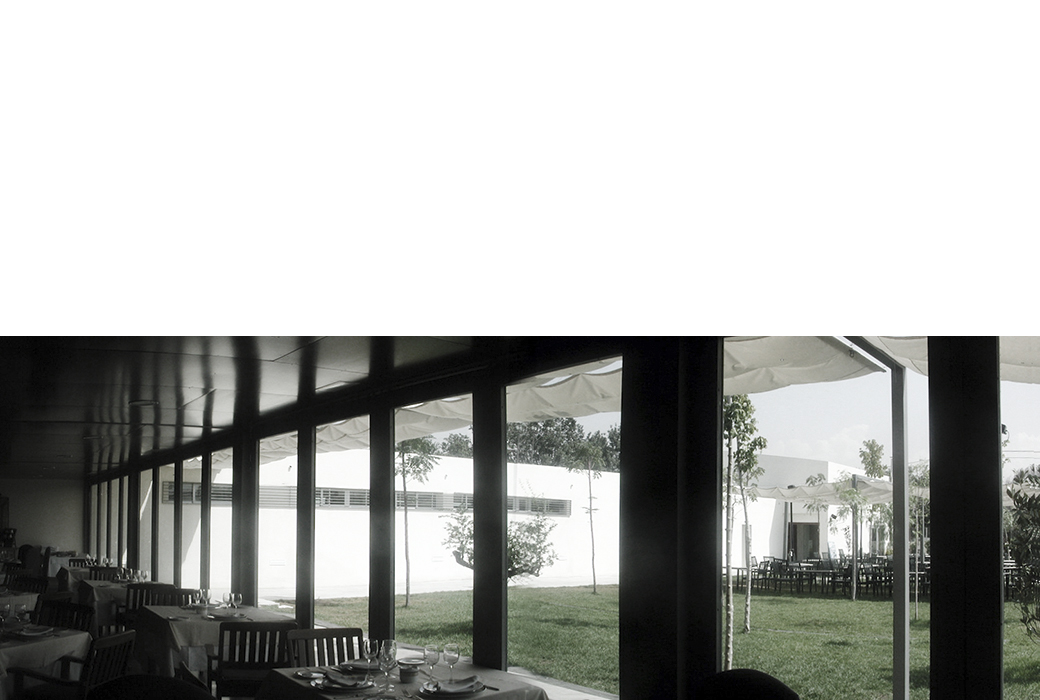 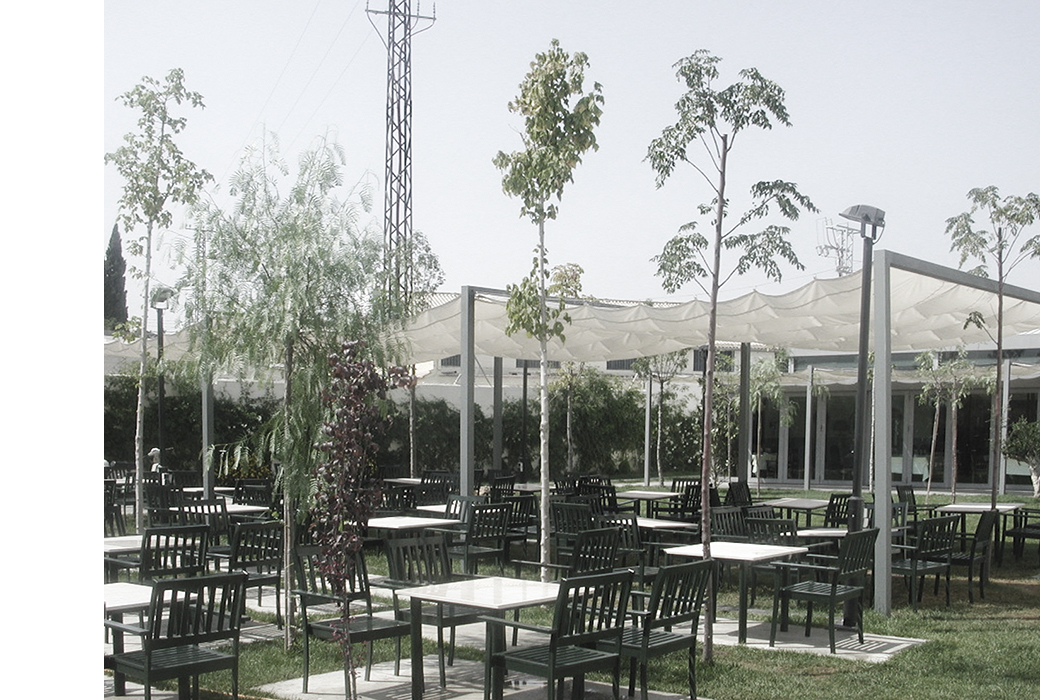 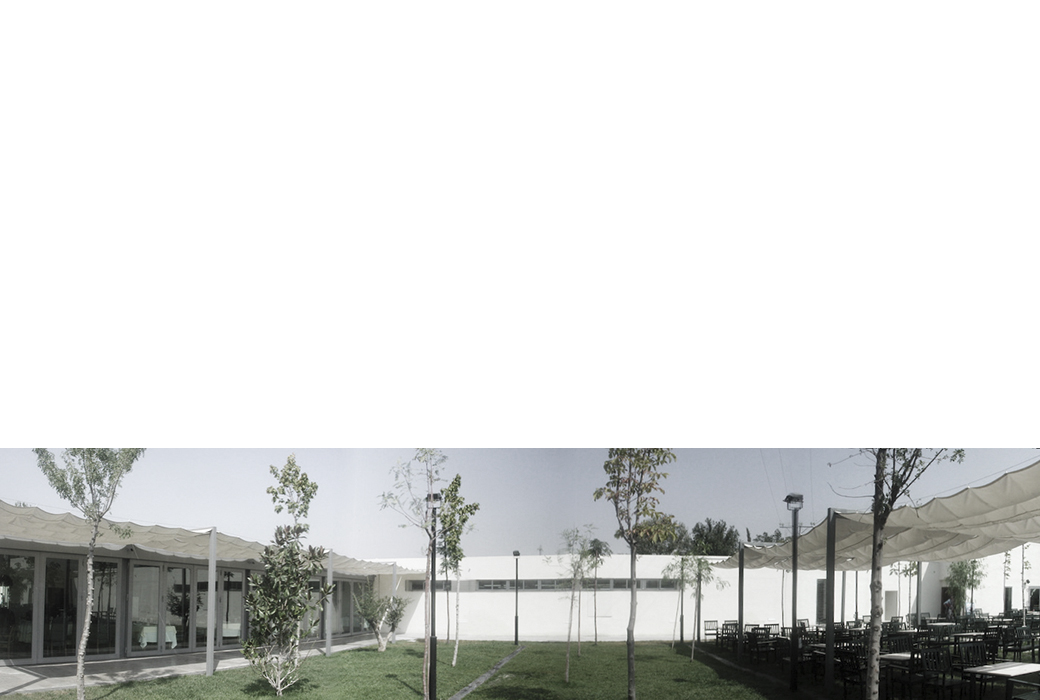 This work was originally proposed as the renovation of a former cowshed in Granada’s fertile valley. A broad, fertile territory marked by the presence of the Sierra Nevada mountains to the south. The poor structural conditions and construction of the previous building, parts of which were in ruins, called for new construction with the same volume, as required by zoning regulations. Two singular rooms, the stable and granary, linked by a passage became the restaurant and café. The long passageway joining them houses all of the service elements.

The goal was to achieve a good relation with the landscape from the main building and to construct it with a minimum budget. In terms of construction, the most interesting element may be the solution of the glass façade on the front, whose doors can be folded back into the structure, a set of U 240 to which the doors are directly hinged.